Spider-Gwen creative team Jason Latour and Robbi Rodriguez are picking up right where they left of with their titular character, launching a Spider-Gwen series for All-New, All-Different Marvel following Secret Wars.

Latour and Rodriguez first introduced the character during 2014's Spider-Man crossover, Spider-Verse, where she became an instant hit with fans and critics. The widespread acclaim earned the team and the character their own series, Spider-Gwen, which launched earlier this year. The series lasted five issues until Marvel's current Secret Wars event replaced their normal publishing schedule.

Spider-Gwen follows a parallel universe in which Gwen Stacey, Peter Parker's first true-love, was bitten by a radioactive spider. With the powers of Spider-Man, Stacy became her universe's wall-crawling protector. According to Latour, Spider-Gwen will remain in her seperate universe, but stands a good chance at crossing into the main 616 universe, which will have two other Spider-Men.

"The main focus of our first arc is on Gwen Stacy's continuing adventures within her own universe (Earth 65), it's pretty essential to who this Gwen Stacy is to have her own supporting cast and villains and problems," Latour told IGN. But Spider-Gwen was born out of a multiversal crossover event so the opportunity to hop around has always been present and honestly is just too fun to resist. So yeah, bouncing over to the 616 now and then is something we're eager to explore too." 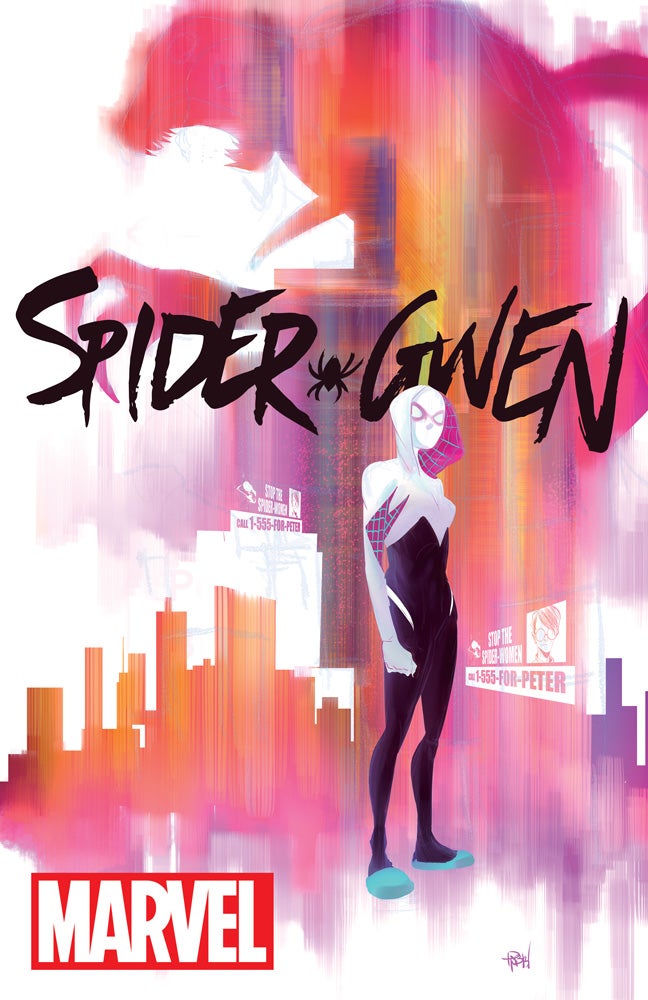 But Spider-Gwen's adventures won't stop in the comic books. Marvel also announced that they are adding the character to their mobile fighting game Contest of Champions this fall.

Are you excited for Spider-Gwen's return? Let us know in the comments!