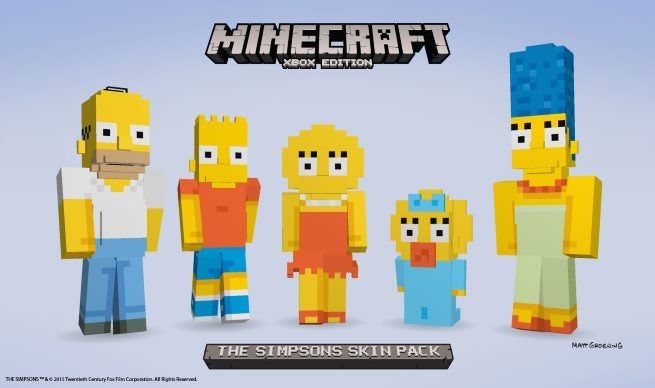 The Simpsons family is making its way to the world of Minecraft in a new DLC skin pack for Minecraft on Xbox and Xbox One. The pack will be released in later February, and will feature the five core members of the Simpsons family - Homer, Marge, Bart, Lisa and Maggie – plus 19 other characters from the longest-running scripted television series in history.

"We have an active community of more than 14 million die-hard Minecraft fans on Xbox Live enjoying the wide range of downloadable content on Xbox, and they have been clamoring for us to bring Simpsons characters to the game," said Phil Spencer, Head of Xbox, in a press release. "We are thrilled to partner with Twentieth Century Fox and Gracie Films to bringTHE SIMPSONS to life on Minecraft Xbox 360 and Xbox One editions.  I can't wait to see what the community creates."

"Like THE SIMPSONS, Minecraft is a true cultural phenomenon embraced by people of all ages, from every corner of the globe," said Roz Nowicki, executive vice president of global sales and retail for Twentieth Century Fox Consumer Products, in the same press release. "We know fans of the show will have a ton of fun bringing the colorful characters of Springfield into the intricate worlds they've been building in Minecraft." 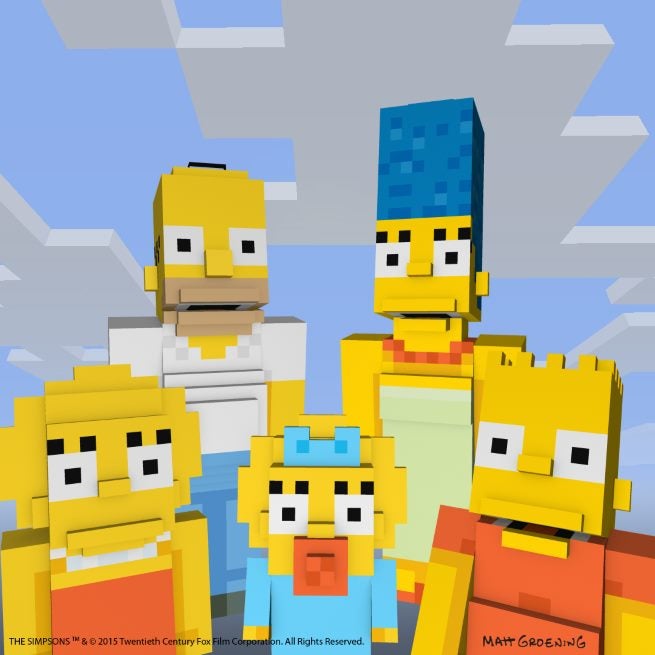 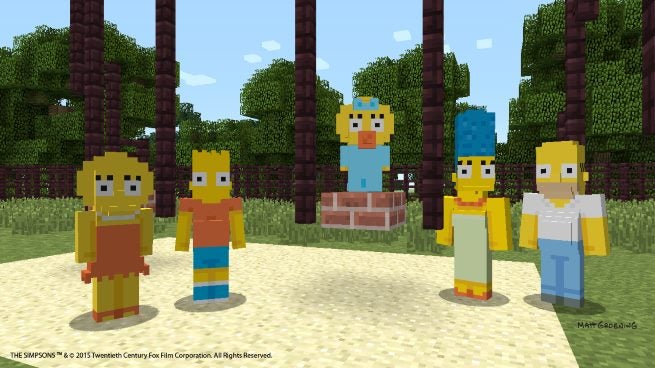 Minecraft's THE SIMPSONS downloadable content pack will be released in late February and priced at $1.99.

New The Simpsons Inspired Skins Coming To Minecraft This February