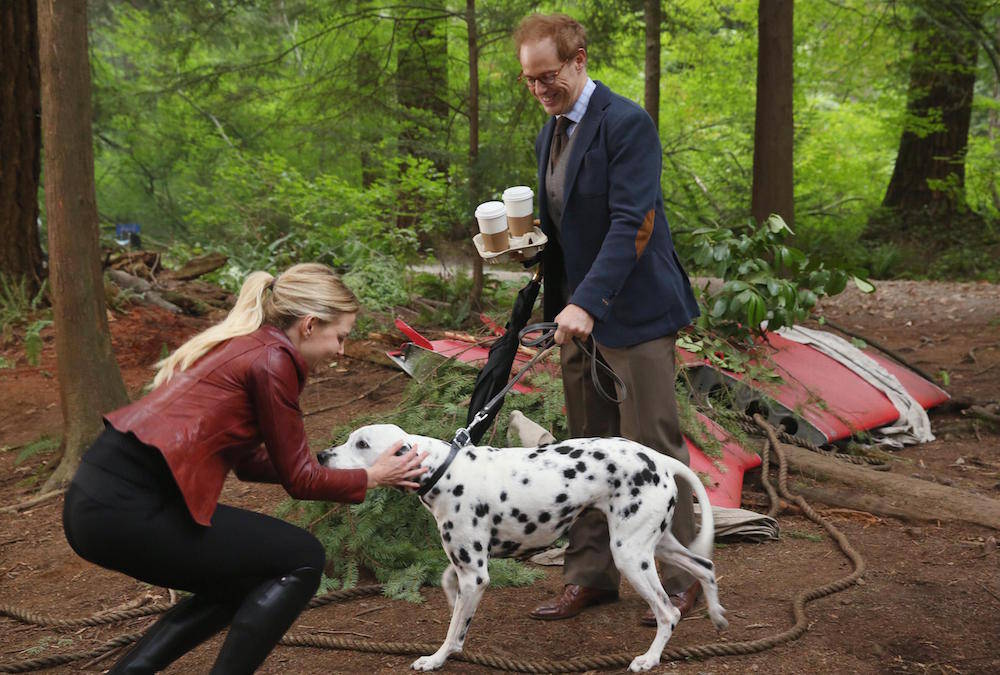 The episode opens "many years ago," with a man on horseback in the desert, trying to escape Jafar (Oded Fehron) on a flying carpet above him. The man makes it to a building just in time, requesting the help of the Savior – Aladdin (Deniz Akdeniz) – who has fallen ill. Then, Jafar enters, kills the man, throws Aladdin's attendant out of the way, and approaches. Jafar finds it funny that Aladdin worked so hard to become a hero, only to eventually "fall apart." He adds that there is one thing you never hear about a Savior: "They lived happily ever after."

In the present day, Emma (Jennifer Morrison) and Hook (Colin O'Donoghue) almost get some alone time, before a mysterious, enormous ship appears in the sky. Jekyll (Hank Harris) identifies it as a dirigible from the Land of Untold Stories, and Hyde declares that he has invited a friend to Storybrooke – his town. Regina (Lana Parrilla) and Emma try to fight Hyde (Sam Witwer) but quickly fail, possibly because Regina may only have half of her powers, now that she has gotten rid of the dark part of herself.

The ship lands somewhere in the forest, so Emma and the others go to check it out. They find it, but all of the passengers appear to have fled. Jekyll explains that the materials that made up the orderly's baton that was used to control Hyde in the past also make up the dirigible, so he can salvage a new weapon from the wreckage to take down Hyde. Emma then has some sort of odd vision of a swordfight, and her hand begins to shake.

Regina returns to her home to put a protection spell over it, where Zelena (Rebecca Mader) is now living with the baby. Ultimately, the sisters argue, both about Robin's death and Regina's decision to rid herself of her dark side. Zelena says that she and the baby will find somewhere else to live. Then, with Jekyll's new weapon, the crew heads to the Town Hall, where they capture Hyde, putting him in a jail cell – just before Hyde tells Emma that he knows why her hands are shaking.

Later, Emma receives advice from Archie (Raphael Sbarge), who's walking Pongo in the woods. She is not going to be able to avoid this new problem – the vision and the shaky hand – though she has tried to ignore it so far. In fact, she hasn't even told Hook about it. Emma decides to ask Hyde what he knows, and after some banter, he tells her to "follow the red bird." She follows his advice, following a red bird through the forest, where she meets a young girl. 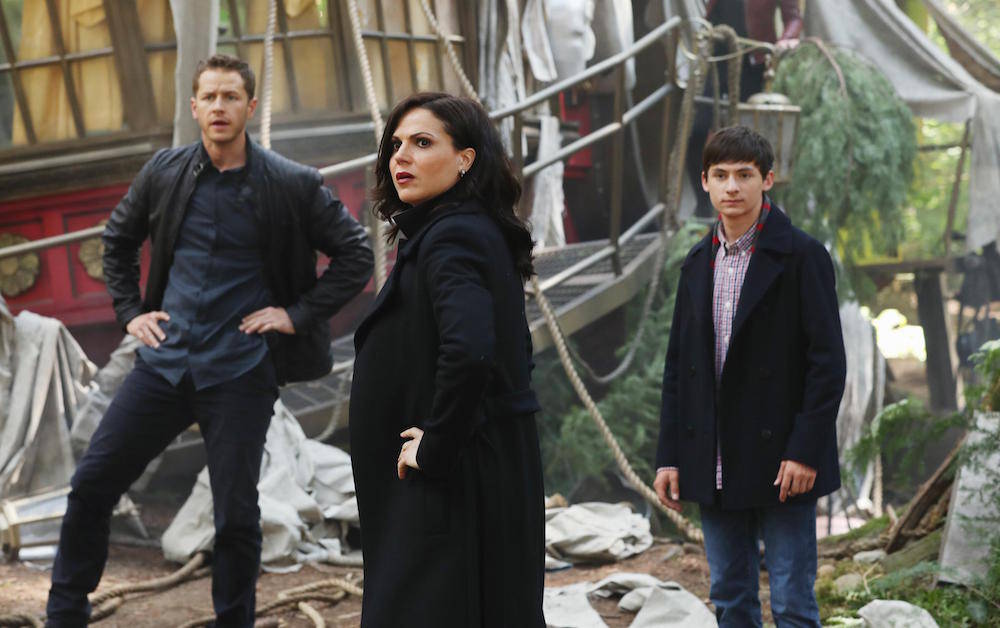 The girl says that she used to be known as "the Oracle" and that Emma's vision is from the future. She says that the vision itself will come true, no matter what, even though the path to it may change. Emma then gets to see the vision in full: she is stabbed in the stomach by a robed attacker, in an attempt to defend her family. Nearby, Snow (Ginnifer Goodwin) and Charming (Josh Dallas) finally find some of the missing people from the dirigible hiding in the forest, and they offer the strangers food and shelter at Granny's.

Emma goes back to Hyde and asks him how to defeat the robed stranger. He tells her that all Saviors' stories have endings, and there is always a villain that eventually brings them down. This vision shows the ending to her story, though he does not know who the villain in the vision truly is. Emma leaves and continues to hide what she has learned from Hook and her family.

Meanwhile, we catch up with Rumple (Robert Carlyle), who gave Storybrooke to Hyde in exchange for information on how to wake Belle. Hyde told Rumple of magic sand in the Temple of Morpheus, which would put Rumple right into Belle's dream. Rumple quickly follows the instructions, and inside the dream, he meets Morpheus (Giles Matthey). Belle (Emilie de Ravin) is dreaming of Rumple's castle, back when she was still his slave. Morpheus explains that Rumple has an hour to make her fall in love with him again, waking her from her slumber.

Rumple manages to win Belle's love, just how he did it the first time – with kindness and dancing to "Beauty and the Beast." This not only makes her fall in love but also jogs her memory. She remembers all the heartache that he has put her through, and then, Morpheus reveals himself to be their currently unborn son. He begs her not to let Rumple destroy their family and kisses her on the forehead. "True love's kiss" from her son wakes up Belle, and she tells Rumple that she will listen to their son's advice.

Towards the episode's end, Regina has a heart-to-heart with Snow. She is still grieving over Robin, though, thanks to some advice from Henry, she believes that he may be in a special place – no matter what Hades said.

Lastly, Zelena returns home to find the Evil Queen sitting at their dinner table, as a living, separate entity from Regina. She passes Zelena a drink and suggests that it is time for some "sisterly bonding."

Once Upon a Time Season 6 Episode 1 Recap With Spoilers: The Savior