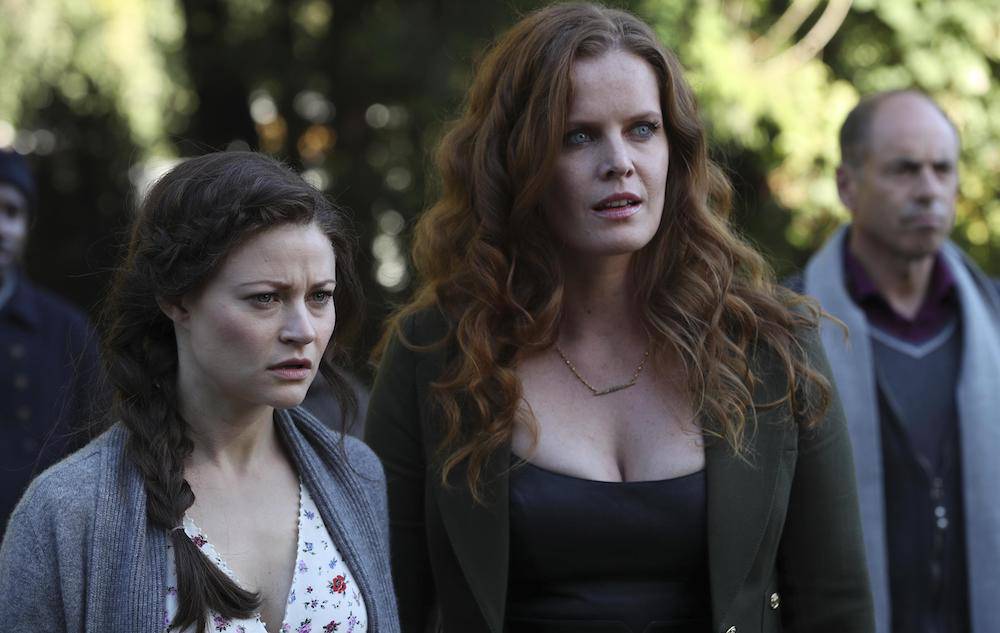 The episode begins with Snow White (Ginnifer Goodwin) waking up in the middle of the night, in the middle of the woods. The Evil Queen (Lana Parrilla) emerges from behind a tree, reminiscing about how Snow always got what she wanted – and a little bit more. Of course, the Evil Queen has always wanted just one thing: Snow's heart. Since David has half of Snow's heart, his heart will have to be taken too, as the Evil Queen's "little bit more." She gives Snow a mysterious potion and disappears.

A flashback begins, and we see Snow sell a family heirloom to a nobleman for a serious bargain, trying to make some cash without revealing her identity. She is chased by the Woodcutter nonetheless and only narrowly gets away, with help from the Blue Fairy (Keegan Connor Tracy).

Nearby, David (Josh Dallas) and his mother are struggling to maintain their farm. He plans a trip to Longbourn to sell it, just as Snow decides that Longbourn is her only escape. During his journey, David's dog leads him to a travelling salesman, who is also headed to Longbourn. The two decide to travel onwards together.

Back in Storybrooke, Regina identifies the potion as water from the River of Lost Souls, which the Evil Queen obtained from Rumplestiltskin and could use to destroy the whole town. Mother Superior believes that a magical sapling could be powerful enough to trap the Evil Queen, and Regina hatches a plan.

Regina sends a letter to Zelena (Rebecca Mader) from "the Queen" requesting to meet her at Gold's. Earlier in the episode, the Evil Queen promised her sister that there was nothing going on between her and Rumple. When Zelena gets to the pawnshop, she catches the Evil Queen and Rumple (Robert Carlyle) making out, just as Regina planned.

While the villainous characters are distracted, Mother Superior enacts a spell that should help Snow, David, and Regina get to the sapling. It leads them to a trap door in the ground, and they hop right in. Back at home, Hook (Colin O'Donoghue) does his best to make Emma feel better, using Henry's book to remind her that her parents' love can overcome any obstacle. 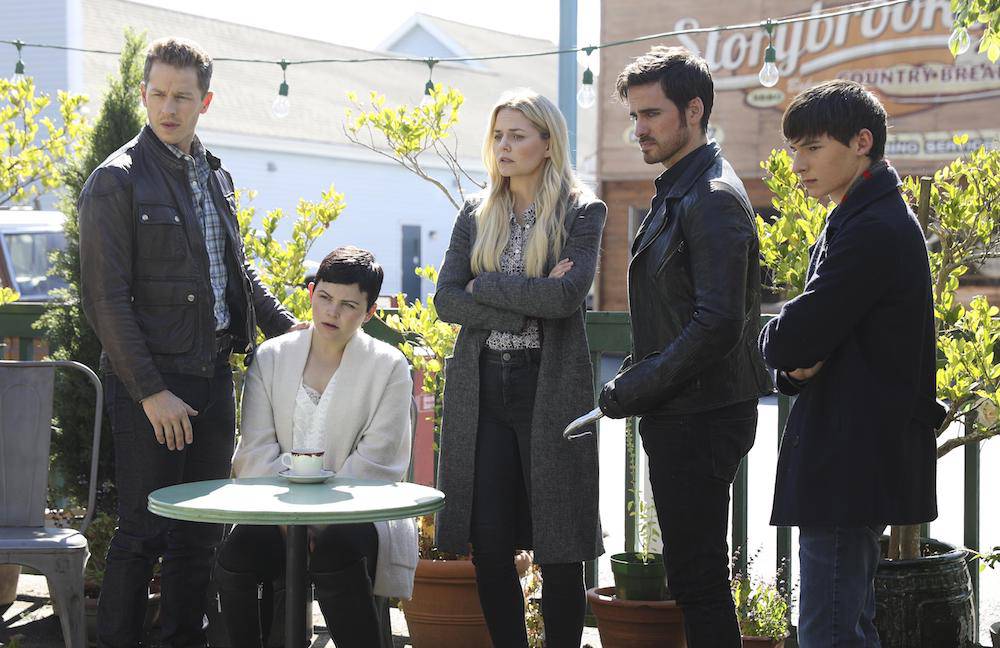 Then, the flashback continues. David takes a swig from the merchant's water jug, and it knocks him out. The merchant uses David's dog to track down Snow, revealing himself to be the Woodcutter and capturing her. David wakes up and finds Snow, trapped in the Woodcutter's cart, and the duo work together to kill her captor.

In the present again, Snow and David find the sapling, and when they both touch it, the history of their love flashes before their eyes. The Evil Queen unfortunately finds them, steals the sapling, and snaps it in half. If they don't offer their hearts to the Evil Queen soon, she will use the Lost Souls water to destroy Storybrooke.

Snow and David later discuss the memories they re-lived when they touched the sapling, fondly remembering when Snow told David that "knowing you believe in me, I am not alone." Then, we go right back to the flashback, reliving that exact quote. Snow – still in the cart – insists that David not see her face, so he will not know her identity, and she gives him her money. When Snow says those words, the sapling was born.

Again in Storybrooke, the Evil Queen gathers the many members of the town to tell them her plan. She will be killing them all, if Snow and David don't appear in the next few minutes. Emma is ready to fight, but it proves unnecessary when the couple arrives as requested, even asking Regina to lift her protection spell from them.

The Evil Queen rips out their hearts, holding them in her hands. She declares that killing them would not be easy enough and that she wants them to feel her loneliness. She thrusts their hearts back in, and Snow quickly passes out. The Evil Queen calls it a sleeping curse "with a twist," poofs away Snow's body, and taunts David to go find her.

Next, Belle visits Rumple – after Zelena told her not only about Rumple's relationship with the Evil Queen but also about his intent to use the Fates' Shears on their son. She forbids it, begging him to earn his son's love instead of taking it. After a verbal beat down from Belle, Rumple is furious at Zelena.

The episode begins to close with David running through the woods, looking for Snow. He finds her, asleep, in a fallen tree. Emma, Regina, Hook, and Henry (Jared Gilmore) arrive soon after.

Snow is awoken by true love's kiss, but after David pulls way, he falls to the ground. The sleeping curse is spread across both of their hearts, meaning that one will always be asleep while the other is awake.

Once Upon a Time Season 6 Episode 7 Recap with Spoilers: Heartless