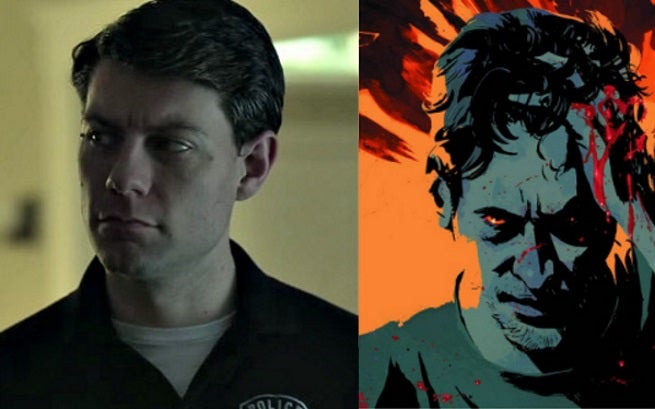 Patrick Fugit has been cast in the lead role of Cinemax's adaptation of Robert Kirkman and Paul Azaceta's Outcast, according to Deadline.

Fugit (Almost Famous, Gone Girl) will play Kyle Barnes, an exorcist who has been plagued by demons his entire life. Now, he's looking for answer, but uncovers a secret that may end all life on Earth.

Fugit will be joined by Philip Glenister (Life on Mars) as Reverend Andersen, a cowboy of an evangelical preacher who believes himself to be a literal soldier in God's war on evil. The series will also co-star Gabriel Bateman (Stalker, Annabelle) as Joshua Austin, a boy who lives in the same town as Barnes and who becomes possessed by a demon.

Adam Wingard, director of The Guest and You're Next, will direct the series' pilot.