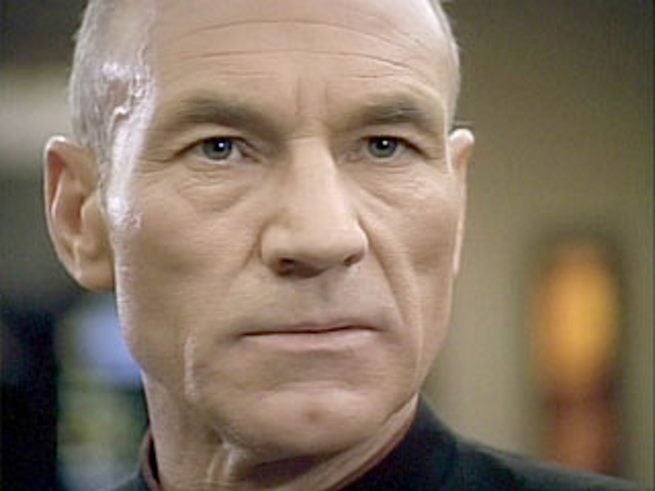 It has been almost thirteen years since Patrick Stewart last played the role of Captain Jean-Luc Picard, in 2002's Star Trek: Nemesis. Would he ever reprise the role again? According to an answer he gave on Facebook, he might, if the script and situation were right.

"Absolutely...," Stewart responded to a fan's question, "if it were a really good script. But, the poor soul is getting old and long in the tooth. He would probably need some help mounting his horse unlike the youthful captain of 30 years ago."

Taking age into consideration, another fan asked who Picard thinks would be a good choice to play a young Picard, if one should ever be needed on screen.

"I would have to say it must be the actor, my son, Daniel Stewart," he replied.

You can see the full Facebook conversation embedded below:

Stewart is currently promoting the film Match, which can be seen in theaters and through video-on-demand.