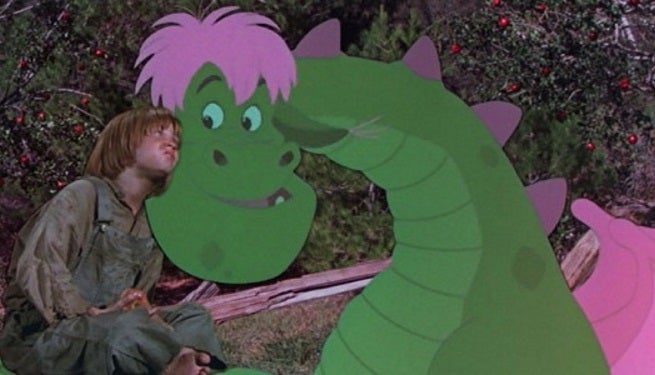 Bryce Dallas Howard stars as Grace, a park ranger who discovers Elliott the dragon, along with Oakes Fegley as Pete. The movie will also star Wes Bentley as Jack, a mill owner, Karl Urban as Jack’s brother, Gavin, Oona Laurence as Natalie, a young girl who befriends Pete, and Robert Redford as Grace’s father.

Pete’s Dragon is directed by David Lowery, from a screenplay he co-wrote with Toby Halbrooks. Elliott will be brought to life by the WETA Digital team.

“This is a story about how magic can enter one’s life and change the way they see the world. And I think David Lowery is the perfect director to bring this project to life,” says producer Jim Whitaker in a press release.

Pete’s Dragon will be released in theaters in August 2016.