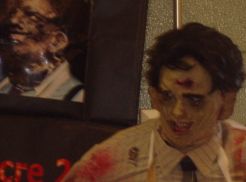 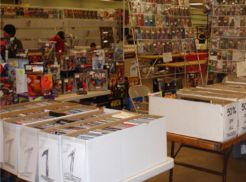 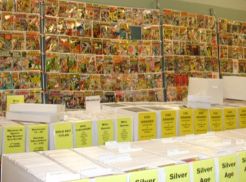 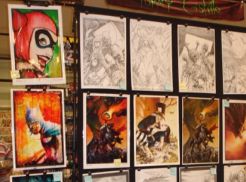 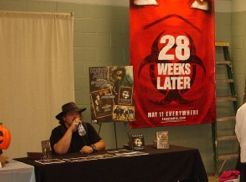 The Nashville Comic And Horror Festival is currently happening at the Tennessee State Fairgrounds. Comicbook.com snapped these pictures from the first day of the convention. There are thousands upon thousands of comic books, action figures, and dvds at the convention. There is also a ton of orginal artwork available. The Nashville Comic And Horror Festival features appearances by stars from the world or horror, comic books, and reality TV. Some of the horror guests include Bill Johnson from Texas Chainsaw Massacre 2, Tommy Lee Wallace from Halloween, and numerous actors from Dawn of the Dead. Some of the comic guests include Eric Powell of The Goon, Bo Hampton, Bobby Nash and many more. While the first day of the convention is coming to and end, the convention is also open on Sunday, October 19, 2008 from 10 AM to 4 PM. Admission to the Comic And Horror Festival is $10 per day. More information and directions can be found on the official website.

Report: How WWE Changed Its WrestleMania 39 Plans for Cody Rhodes