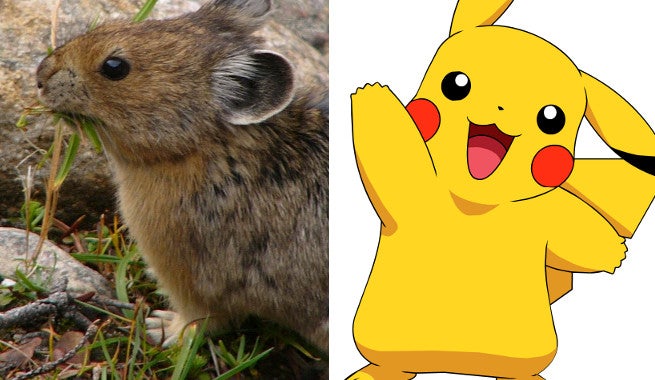 A new study finds that global warming will push one out of every thirteen species on the planet to extinction.

One of the species that will soon be affected is the American pika. Many species will begin moving to higher elevations in search of cooler environments as the base temperature of the planet gets warmer. For a species like the pika, which already lives on mountains, there aren't many places left to climb, and it will soon lack an inhabitable environment.

The American pika is one of the real life animals that inspired Pikachu, the most recognizable and popular character from the Pokemon anime and video games series. Pikachu shares the pika's mousey physical appearance, but adds in the ability to manipulate electricity that the pika lacks.

Pikachu is popular in North America, but is an outright icon in Japan, where he's a popular subject for merchandising. The character has even been seen on cars and on the side of airplanes. It's sad to hear that the inspiration for such an iconic part of international pop culture may not be on the planet for too much longer.