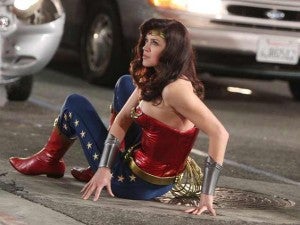 Last night, we talked a little about Adrianne Palicki, the star of a failed Wonder Woman pilot episode for NBC that generated a lot of buzz before failing completely to connect with audiences or the network and going no further than the pilot stage. Obviously, we've had a few of those lately (Locke & Key, Powers, etc.), and so we thought, "How many of those have there been in comics?" Here's as complete a list as we've been able to put together of pilots that were ACTUALLY FILMED, not just planned, and didn't make it to series, in ROUGH chronological order. And yes, be warned: Many of these are pretty awful. 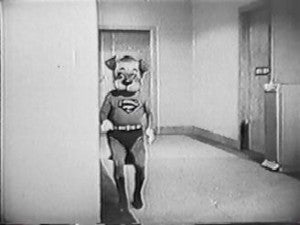 The Adventures of Superpup While this one might seem like a self-evidently bad idea, it actually got produced...and is available on Blu-ray, as part of the big Superman box set that also includes the five major motion pictures starring Superman. The pilot was shot using the sets from The Adventures of Superman and starring little people in dog costumes, approximating that show but, you know, with dogs. No, not Krypto. Actually just a Superman series, told with dogs instead of people. Very weird. The Adventures of Superboy Following the success of The Adventures of Superman, they started production on a series that starred a younger Superman and Lana Lang; the pilot didn't perform, though, and the other 12 episodes they had scripted were never shot. You can see the pilot on DVD as part of the Smallville Complete Series box set. Wonder Woman: Who's Afraid of Diana Prince? In the time before Lynda Carter took the gig and Wonder Woman became a genuine success story on TV, there were a few attempts to make a movie out of it. This was the first, of which only a small piece was ever filmed before the network killed it. Those five minutes can be found on YouTube (see below). This one has the distinction of being the version of the character to have two different people play Diana Prince and Wonder Woman. 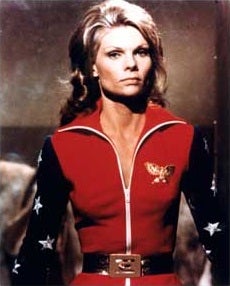 This blonde Wonder Woman, played by Cathy Lee Crosby, appeared on TV just a year or so before the Lynda Carter edition. The pilot aired and did alright, but not good enough for the network's taste, and while Crosby may have been offered the Carter version of the character (she claims she was, but nobody else has commented on it as far as I can tell). Things probably weren't helped any by the fact that Crosby played a version of the character similar to the Denny O'Neil "'70s feminist" Wonder Woman who appeared in the comics at the time and has been mocked pretty often ever since. Archie: To Riverdale and Back Again There have been a number of attempts to translate Archie to a live-action series, almost none of which have been particularly good, but they've generally been feature films made for video. This one was an attempt at launching a TV series but, again, the ratings didn't support it. The show got pretty good response from fans; there was a comic book adaptation and hit home video in 1997. 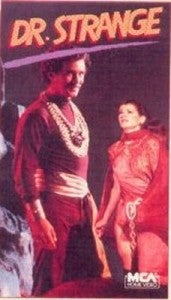 Dr. Strange The porno-stached Sorcerer Supreme did appear in a TV movie/pilot in 1978, and it's been widely available almost ever since because of a VHS release. "I probably had the most input into that one," Stan Lee said of the show. "I've become good friends with the writer/producer Phil DeGuere. I was pleased with Dr. Strange and The [Incredible] Hulk. I think that Dr. Strange would have done much better than it did in the ratings except that it aired opposite Roots. Those are the only experiences I've had with live action television. Dr. Strange and the Hulk were fine. Captain America was a bit [of a] disappointment and Spider-Man was a total nightmare." The Incredible Hulk Two TV movies - Return of The Incredible Hulk and Trial of The Incredible Hulk - were produced over the years that were meant as attempts to restore the Bill Bixby/Lou Ferrigno Hulk to the success of the 1970s. Neither worked, but both are available on video if you look. Trial..., made in 1989, also features Daredevil and Thor, making it one of the earliest attempts to cross over superhero characters in live action. X-Men: Pryde of the X-Men This 1989 animated pilot didn't make it to air, but did inspire both the popular X-Men video game and the 1992 X-Men TV series that aired Saturday mornings on Fox. Generation X This one was a favorite of mine, at the tender age of 15, although I haven't dared watch it (or the next installment on the list) later in life to see how misguided I may have been. In any event, following the wild success of the animated X-Men TV series, Fox tried to make a few live-action projects, which didn't work out. 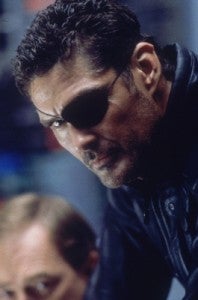 Nick Fury, Agent of S.H.I.E.L.D. Who knew there would ever be a S.H.I.E.L.D. TV series? Well, apparently Fox did. They were just too early and too lily-white. A DVD of the Hasselhoff version is available on Amazon, but the price has spiked since the pilot for the new, Joss Whedon-produced series was announced. Welcome to Eltingville Evan Dorkin and Sarah Dyer's fan-favorite indie work as an Adult Swim-style animated series? Yes, please. Why the heck didn't this continue?! The Amazing Screw-On Head Here's another great one--Mike Mignola's action-comedy may just have hit on the wrong network, or ahead of its time. Luckily, though, you can buy it on DVD. The best portrayal of Abraham Lincoln on film since Bill & Ted's Excellent Adventure! Global Frequency Warren Ellis's Gun Machine is rumored to be in development as a TV series, which is good... because between Transmetropolitan and Global Frequency, his work SHOULD have been adapted by now and it's really a shame that neither of them turned out to be something the mainstream public could get stoked about. Plastic Man Tom Kenny, the voice of SpongeBob Squarepants and a number of other animated characters, revealed during an interview with the A.V. Club a while back that he had done a pilot for a Plastic Man series. Nothing ever came of it, but the ten-minute animation can be found on YouTube (thanks to ComicsAlliance for pointing this one out): 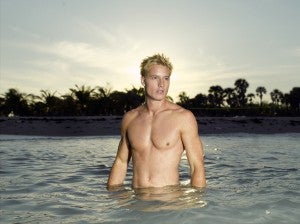 Aquaman/Mercy Reef This notorious CW pilot could have been better, could have been worse...but it did introduce Justin Hartley to the Smallville audience and was one of the first unproduced TV pilots to find a life on iTunes. Wonder Woman (2010) Between the costumes, questions over Palicki and a leaked script that EVERYONE seemed to hate, this pilot was probably doomed. Even if it had gone to series, it seems unlikely it would have had anything like six seasons and a movie. Locke & Key One of two pilots that fans were really excited about and that got generally good buzz to be declined yesterday, a lot of people are still wondering exactly what happened to this. After a few attempts to find a new home or tweak the format, it now seems as though the series is finally totally dead. 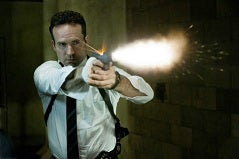 Powers Nobody's sure exactly what stage of development this exists in; it's had to be completely rewritten and recast, which is usually bad news and would likeliy have been the end for most shows...but then earlier in 2012, the network ordered additional scripts. Recent rumors that a pilot had already been cast and shot proved to be false.