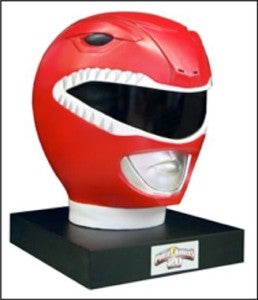 Power Rangers debuted in 1993 and quickly became the most watched children’s television program in North America. The show emphasized the importance of teamwork, responsibility and helping others by following the adventures of a group of ordinary young people who “morphed” into superheroes.

Over the past20years, Power Rangers has been seen in more than 150 countries, translated into numerous languages, and remains a mainstay in children’s programming blocks.

Power Rangers Legacy: The First 20 Years is scheduled to be released on December 3, 2013.