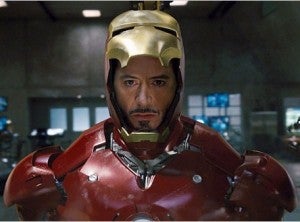 North Carolina Governor Bev Perdue announced today that Iron Man 3 will shoot primarily in her state. The film, which was recently announced at the New York Comic Con as beginning to lay the groundwork for the Marvel cinematic universe post-The Avengers, will reportedly shoot at EUE/Screen Gems Studios in Wilmington, according to Cinemablend. According to The Raleigh News & Observer, the production is expected to bring almost $100 million into the local economy, and both sites quote Perdue and Screen Gems as saying that it's something they've been working hard to court. Perdue credited the state's tax incentives for filmmakers, saying that this year has been the state's busiest ever in working with the film community. The News & Observer reported that the picture should create about 1,000 jobs for local actors and half that many for film crews. "This film production will mean high-quality, well-paying jobs for North Carolinians," Gov. Perdue said in her announcement. "I pushed hard to get the revamped film incentive passed, with the help of a number of lawmakers, and now we see that initiative doing exactly what it was designed to do." Massive tax breaks for studios who make these kinds of films have become the norm; according to the News & Observer story, Marvel Studios will receive a $20 million incentive package from the state for filming there. North Carolina had been in close competition with Michigan, but apparently the latter state had not yet passed the legislation necessary to live up to their promises to match North Carolina's dollar figure. EUE/Screen Gems co-owner and COO Chris Cooney, told The Hollywood Reporter, "This film is a game changer -- not only for our studios, but for the entire state of North Carolina." The previous Iron Man films were recorded at Marvel Films's studios in Manhattan Beach, California. EUE/Screen Gems has been active since 1996 and has housed such productions as I Know What You Did Last Summer and Dawson's Creek. The look of the picture could be dramatically different from what moviegoers have come to expect from Iron Man movies; in addition to the chance of venue, director Jon Favreau departed the franchise after the second film and is being replaced by Shane Black. Black has previously worked with Iron Man star Robert Downey Jr. in Kiss Kiss Bang Bang, which is not related to the comic book of the same name.

Principal Photography For Iron Man 3 Will Be In North Carolina