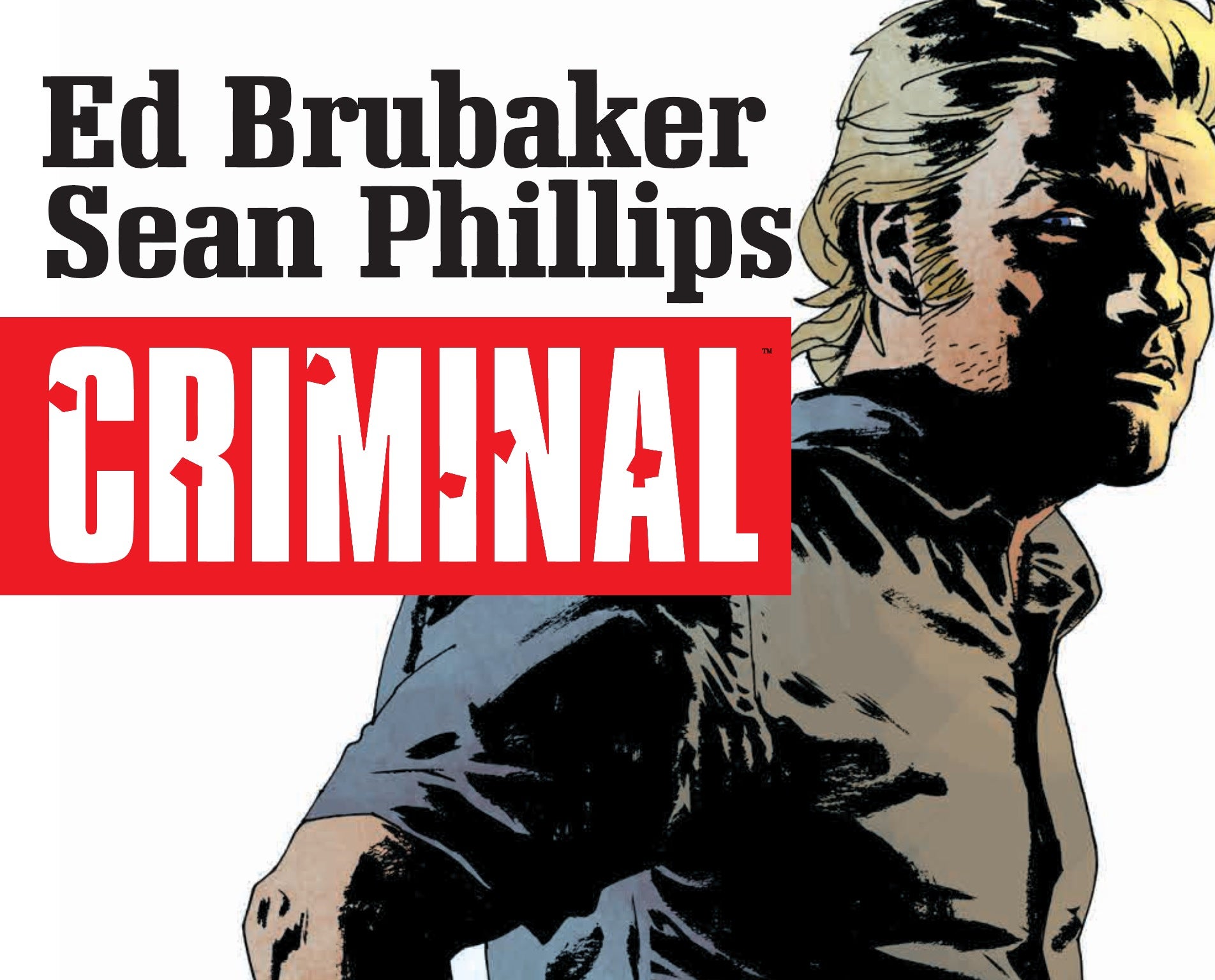 A sparsely garbed warrior wields his sword to strike down thieves, thugs, and anyone else who may cross his path. He revels in adventures where he seizes both treasures and flesh. This is a man without conscience driven by his most deep seated desires, no matter how dark.

A man in numbered blues behind bars uses his fists, sharpened toothbrushes, or anything that comes in handy to stay alive. He viciously assaults fellow inmates and engages with crime in order to make it out of a small pocket of hell called prison. This is a man without conscience driven by his most deep seated desires, no matter how dark.

What's the difference between these two arrangements? The former is embedded firmly in the world of fantasy, while the latter could be easily set across town in South Boston or North Omaha. This is the divide which Ed Brubaker and Sean Phillips' newest Criminal story dances upon.

In Criminal: Special Edition Teeg Lawless finds himself doing a 30 day stint in county jail for an outstanding warrant after pulling off a big heist. What should be a month of monotony becomes much more dangerous when a contract is placed on his head making every day a fight for survival. His story in prison is mirrored by a comic he is reading by the name of Savage; it tells the tale of the barbarian Zangarr who seeks revenge against those who betrayed him in a robbery.

This isn't the first time that Brubaker and Phillips have used a mirror narrative in the pages of Criminal. It's not even the first time that they have used one that plays with the comics medium. In previous installments they have utilized newspaper strips and homages to classic Archie comics in order to reveal characters and plot. Their love for both the medium and its history is woven deeply into the fiber of the series and all of their extensive collaborations for that matter. The inclusion of comics references aren't used for their own sake in Criminal, but as an integral part of the story.

The tale found within Teeg's copy of Savage not only serves to mirror some aspects of his own journey, but to reflect his humanity. That is a far more significant contribution of the Conan the Barbarian-style story than any surface-level resemblance between the two. Similarities found between Zangarr's journey and Teeg's are not necessary to explain the surface plotting of Criminal Special Edition. At the end of 40 pages it does not need any outside explanation; it is a classic blend of heist and prison genre fare. The story's depth relies instead on how it humanizes Teeg's journey through the lens of fiction.

Teeg is a remorseless killer and thief. He is the father of the most effective and brutal protagonist to ever grace the pages of Criminal, and he makes it clear that those traits run in the family. This man is dangerous and neither Brubaker nor Phillips show any interest in softening him. None of this removes his humanity, however. No matter how much blood covers Teeg's fists, he is still a father, a husband, and a guy with a job to get done. His experiences are vastly different, but he's not devoid of emotion or connections. He is still a man.

That becomes perfectly clear in how he interacts with the world around him. When he's not shanking his fellow inmates or trying to get his portion of a big score, Teeg is spending time with his kid and reading comics. Whatever he does that may alienate him from the reader, there is still a connection. The heart of Criminal Special Edition relies on the fact that Teeg likes comic books and has at least this one thing in common with with the reader. Teeg and reader alike use the same medium in order to escape their mundane reality and forget about the troubles, if only for a few pages at a time. 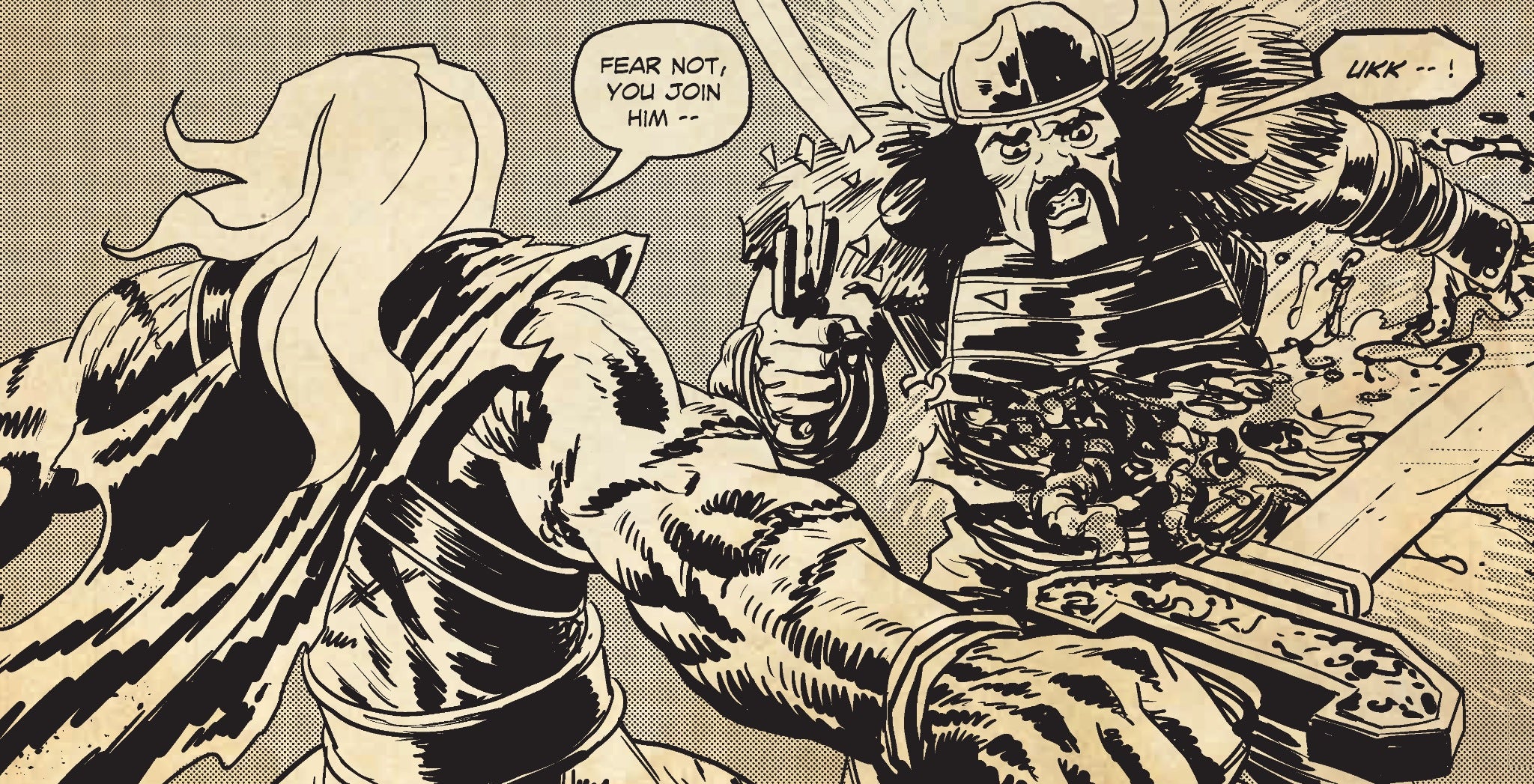 Phillips' work in the Zangarr comic captures the essence of a 70s barbarian strip perfectly. The style is clearly that of Phillips, but he imbues it with a raw, unrefined energy that removes it from his recent work in Fatale and The Fade Out. His lines are dark and filled with passion and ink, as if they were made by an emerging talent focused primarily on the testosterone and titillation that define this genre. While Teeg's and Zangarr's story are clearly being told by the same artist, they are separated by more than the inclusion of color or lack thereof. Phillips instills the black-and-white Zangarr scenes with a nostalgic touch. Backgrounds are dotted and patterned as imperfectly as any American comic published in 1974, and are slightly yellowed. They are not so obvious as to draw attention to themselves, but are certainly apart from the rest of the issue. Not only does Phillips' work lend the "fictional" scenes a sense of realism, but it helps immerse readers even further into Teeg's world.

Elizabeth Breitweiser is an integral contributor to this experience as well. She captures the essential feel of past Criminal volumes dating back to well before her entry into comics as a colorist. It's possible to set Criminal Special Edition side-by-side with "Coward" from 2007 and believe that they are derived from the same cloth. Breitweister's lighting adds something special as well. Her work in The Fade Out has been the best of her career thus far, and she brings many of the nuanced techniques to denote different styles of lighting to play here. She enhances the book in a way that makes me hope to see her continue to contribute as the Ciminal colorist for future installments.

That devotion to history, style, and tone is even embedded into the publication of Criminal Special Edition. Just like they did with the debut of The Fade Out #1, there is a magazine-style printing of this comic and it fits both the content and ideas contained inside so well. There is an element of a time past that comes with both the format and the genres that defies nostalgia. Brubaker and Phillips are not attempting to capture something from their own childhood. They are playing off of familiar elements in order to build a something new. Crime and barbarian comics are not here to make us smile, but to reveal a connection that we may not have been fully aware of. Teeg Lawless is a viscious, violent man, but he is ultimately a human being just like all of us reading Criminal Special Edition. Just like us, Teeg is a man who enjoys a good comic book.

That connection is an uncomfortable one, and it's intended to be. Brubaker and Phillips have never pulled any punches in Criminal. Their heroic figures are always destined for a tragic end, and the ugliest characters they present tend to enjoy success. The irony and cruelty contained in Criminal isn't just a play at classic EC crime comics though, it's a funhouse mirror reflection of humanity. Criminal Special Edition isn't a story that we are supposed to be able to view as pure fiction; that's Zangarr's tale. The world of Teeg Lawless is the same one we're trapped in, one filled with criminals and comics fans just like us.