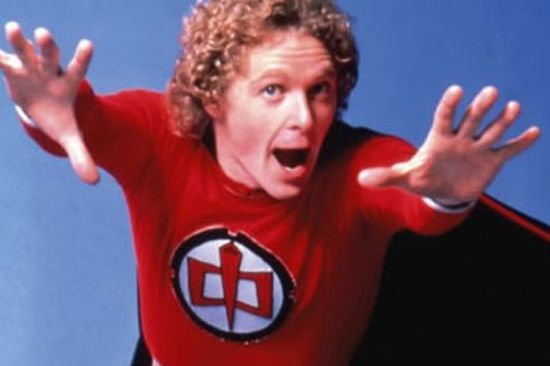 Ryan Seacrest will be narrating Pioneers of Television Season Three, which premieres on January 15, 2013 on PBS. The series brings to life the stories of television's most beloved stars. Season three will consist of four episodes focusing on Funny Ladies, Primetime Soaps, Miniseries, and Superheroes (which is why you are reading this story on Comicbook.com). According to the PBS description for the Superheroes episode, "Superheroes crosses many eras: 'Superman' in the 1950s, 'Batman' in the '60s, 'Wonder Woman' and 'The Incredible Hulk' in the '70s and 'The Greatest American Hero' in the '80s. The episode features in-depth interviews with Adam West, Burt Ward, Julie Newmar, Lynda Carter, Lou Ferrigno, William Katt and others. It also includes comments from Robert Culp about his show 'The Greatest American Hero,' recorded just days before he passed away." "We are thrilled to bring another season of Pioneers of Television to PBS and the American public," said executive producer Steve Boettcher. "It's doubly exciting to have our show led by Ryan Seacrest, who's both a major television star, and an ardent fan of television's pioneers." The Superheroes episode of Pioneers of Television is set to air on January 29, 2013 from 8 PM to 9 PM ET.

The Witcher: Blood Origin Gets New Trailer from Netflix