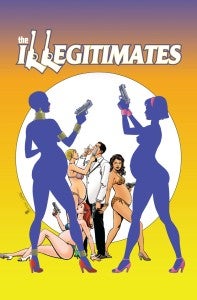 IDW Publishing have had a number of big announcements this weekend at San Diego Comic Con International--and while most of the time, recruiting Saturday Night Live to "cross over" with your comics publisher would probably be the day's biggest news, most fans are talking about comics legend Walt Simonson, who will join the publisher with a new series. The Illegitimates, the first project, comes from Manhunter and True Blood scribe Marc Andreyko, this time co-writing with Taran Killam of SNL. The premise revolves around a James Bond-like spy (brilliant, dangerous and good with the ladies) who dies and is replaced by his many illegitimate children, sired during his adventures. "When Taran pitched me the high concept, I was hooked! To work with a dear friend on a brilliant idea is having my cake and eating it, too! I couldn't be prouder of The Illegitimates!" said Andreyko. For his part Killam says, "One of my favorite genres is the Secret Agent. This comic follows the concept of the super-spy-man-slut to it's logical conclusion. A funny jumping off point that quickly becomes deadly serious. You're getting five spies for the price of one! Each with their own personality, perspective and specialized elite espionage-combat skill set. You know, typical dysfunctional family stuff." 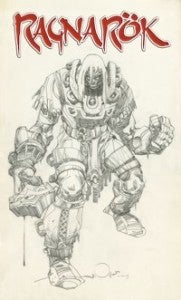 Simonson's series is familiar enough territory for the comic icon's fans: Norse gods. Coming in 2014, Ragnarök will be written and drawn by Simonson, one of the best-known and best-selling artists on Marvel's Thor titles. "Scott Dunbier and I first talked about me working on a creator-owned book involving the Norse gods 15 years ago, but as many of my former editors can tell you, I've always regarded deadlines as useful fictions," said writer/artist Walter Simonson, "So here we are... finally! All I can say is that I've loved the stories of the Viking gods since I was eight. I am thrilled that with IDW's help and support, I'm launching an ongoing series of stories built around a new vision of some old friends. And enemies."