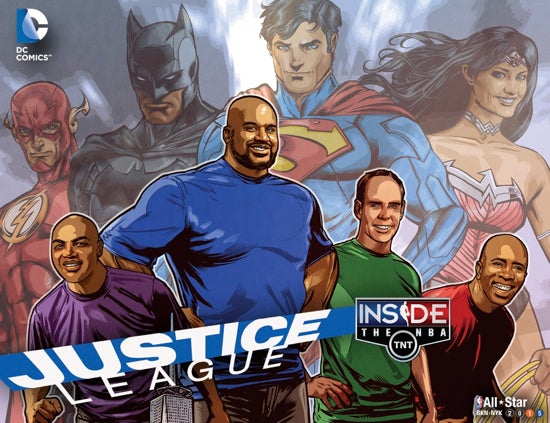 What do basketball and DC Comics have in common? Beyond Justice Society villain Sportsmaster, not much, really. But that's not stopping the Justice League from teaming up with NBA legends Ernie Johnson, Charles Barkley, Kenny Smith and Shaquille O'Neal.

In a promotional comic for the NBA veterans' upcoming TNT program, Inside The NBA, each former player teams up with a League member for a race between New York City's biggest basketball destinations, Madison Square Garden and The Barclays Center.

The race doesn't exactly follow script (otherwise the Flash would have won), opening the doors for some crazy NBA/DC Comics hyginx that haven't been seen since Shaq's Steel.

Check out the story's first few pages below, courtesy of DC Comics writer Brian Buccelatto (Detective Comics)and artist Beni Lobel. The Hollywood Reporter has a full look at the comic, which you can read here. 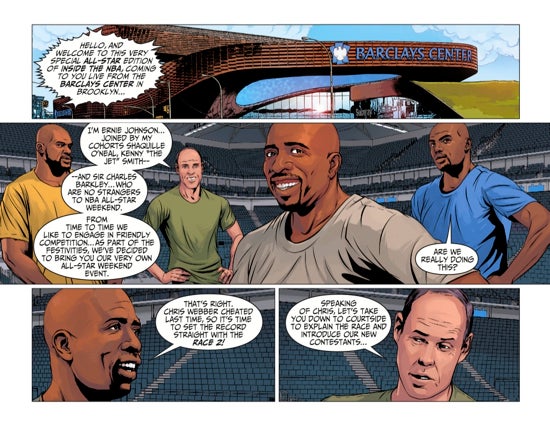 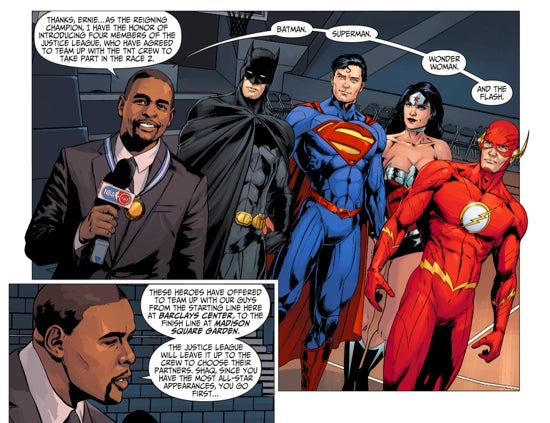 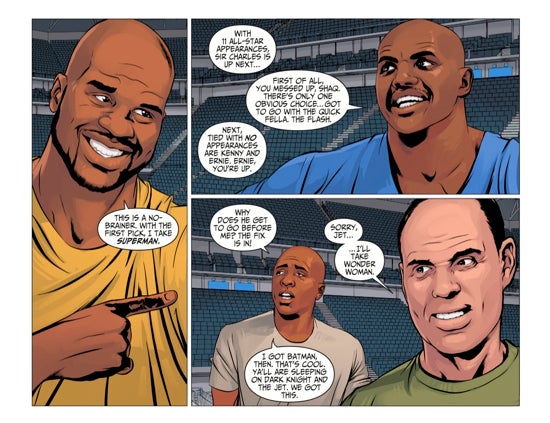 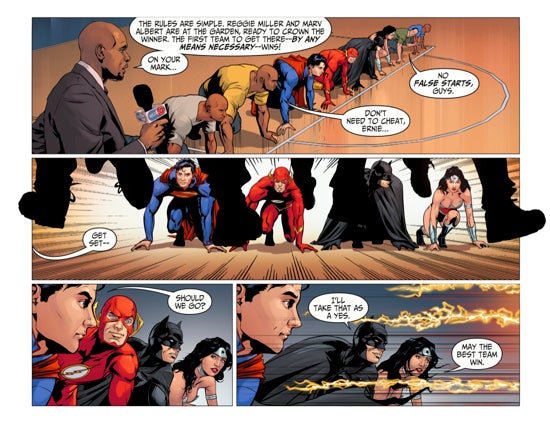