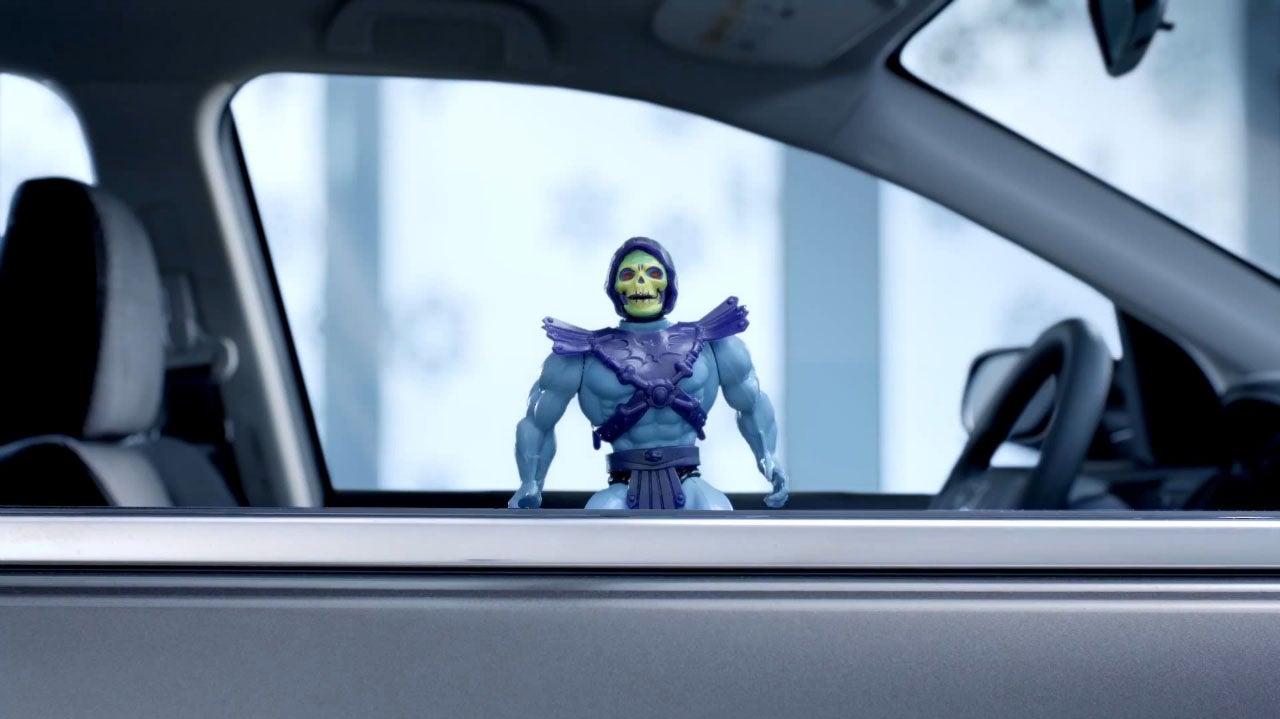 Nothing pairs better with the holidays than a would-be conquerer of the universe, right?

Honda certainly seems to think so. As part of their Happy Honda Days promotion, the car manufacturer has released a commercial featuring Skeletor, the dastardly villain from He-Man and the Masters of the Universe. Catering to an audience who grew up on the classic cartoon series, the commercial features an old-school Skeletor action figure showcasing the new Honda vehicle's features.

"Remember the sheer exultation you felt when you got me for the holidays?" the Skeletor figure asks. "Well feel that again with the new Honda CR-V."

The voice even sounds eerily similar to Alan Oppenheimer's, who voiced Skeletor in the original He-Man series, but we couldn't find confirmation anywhere. You can see Skeletor pull of his best car salesman impression in the full video below.

If the commercial has jogged your nostalgia for Skeletor's moustache-twirling villainy, you can watch a supercut of his best insults here.