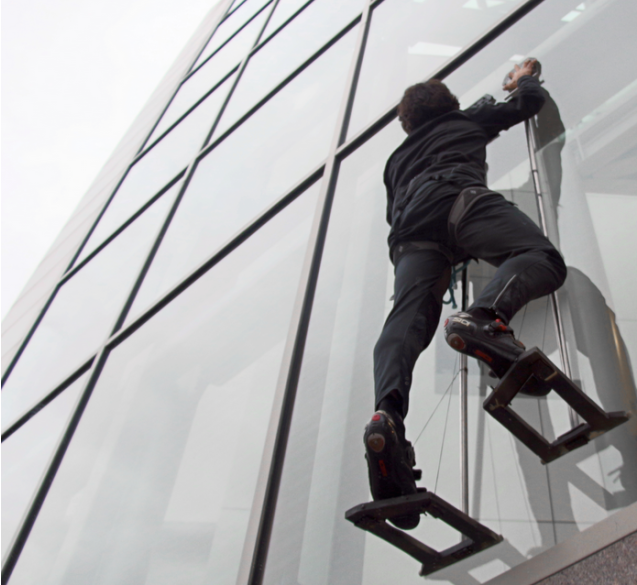 Spider-Man isn't the only one who can do whatever a spider can. Now, thanks to a team of researchers at Stanford University, anyone under 200 lbs can achieve the Wall Crawler's famous feat of, well, climbing walls.

Scientist Elliot Hawks and his team have devised special gloves that let people under 200 lbs can scale glass walls like—wait for it—a gecko. Surprised? Well, it turns out that the small lizards actually held the keys to unlocking human wall-crawling, and not Spider-Man's namesake.

As i09 breaks it down, geckos have a sticky padding on the undersides of their feet. The Stanford team was able to replicate that padding and scale it up to a human-sized level. However, a human must use as much of the surface pad's surface area as possible, while also balancing his weight appropriately. And the pads can only hold so much weight, which is why they max out at 200 lbs.

Popular Mechanics also picked up on the scientist's breakthrough. With their specific knowledge on the subject, here's how they described the Gecko pad's inner workings:

Hawkes and his colleagues developed a dry-adhesive called PDMS microwedges. Unlike duct tape or super glue, this reptile-inspired adhesive works via clingy hair-like nanofibers. These nanofibers flatten out when pulled downward against a surface and grip via electromagnetic attraction (called the van der Waals force) but can be pulled off easily with a perpendicular tug.

Using springs, they anchored 24 microwedge patches to a flat plate that a person could grab with their hand, the idea being that the 24 patches distribute the force of a climber. However, this is actually a well-tested recipe for failure. Normal springs won't distribute weight as evenly as you'd need. Worse, when a single patch is pulled past its breaking point, the failure can avalanche across the entire plate.

Here's the key to Hawkes' system: Instead of using ordinary springs to anchor the adhesive patches, they used springs made of a shape-memory alloy. While normal springs become tenser as you pull them like a rubber band, the scientist's shape-memory alloy springs actually become softer and less tense, like stretching bubblegum.

Anchored by these weird springs, each of Hawkes' microwedges distributed the weight of a clinging climber across the plate with near perfection. Hawkes could easily scale a glass wall, and the scientists have calculated that the gloves could be used by anyone up to around 200 lbs. And if one wedge ever fails, the plate simply self-corrects.

Or, as one bio-engineer who was asked about the pads described it: "This is a really big deal." You can see just how big in the video below.

Now, all we have to do is count down the Comic-Cons until someone scales the side of the San Diego Convention Center as Gecko-Man.