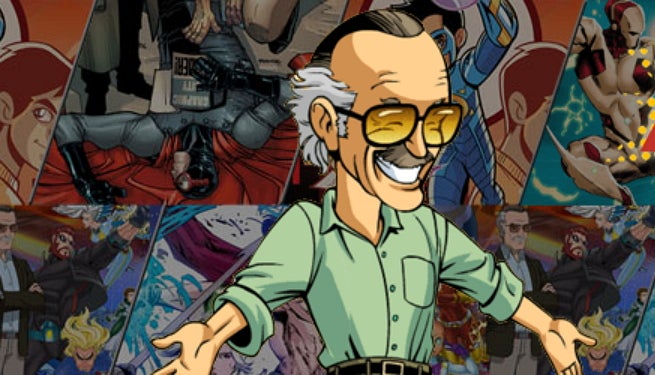 This past Saturday, at the 4th annual Stan Lee’s Comikaze convention, Stan Lee announced that he is beginning a worldwide search for his biggest fan.

The co-creator of Spider-Man, Iron Man, and many or Marvel characters is partnering with LiveJournal to allow fans to submit their entries to “Stan’s Biggest Fan” contest for a chance to meet Stan Lee in Hollywood next year.

"Over the years I've met thousands of fans and comic lovers at conventions worldwide, and I'm always amazed at how passionate they truly are,” said Stan Lee. “Partnering with LiveJournal has given us the platform we needed to enable fans worldwide to share their passions and prove why they should win a chance to sit face to face with me. So come on troops show us what you've got!"

"Stan Lee is one of the world’s most beloved storytellers and continues to be an inspiration to many,” said Katya Akudovich, LiveJournal CEO. “We couldn't be happier to partner with Stan in this exciting endeavor."

Fans wanting to enter the "Stan’s Biggest Fan" contest can visit Stan Lee’s LiveJournal page at http://bit.ly/1DHSdYA for all the instructions and details on how to enter. Entries will be accepted until December 31st, 2014, and a winner will be announced in early 2015. One lucky winner and a guest will receive an all-expenses-paid trip to Hollywood to meet their icon and have a meeting with him at his company POW! Entertainment (POWN). The prize will also include two round-trip airfare tickets and two nights of accommodation. Five runners up will receive a limited edition Stan Lee gift package, including a personalized signed journal, T-shirt and a video message from Stan Lee himself thanking them.

DC Brings Back One of Its Weirdest Villains Ever

DC's Stargirl Recap With Spoilers: It's All About Family and Secrets in "Brainwave"