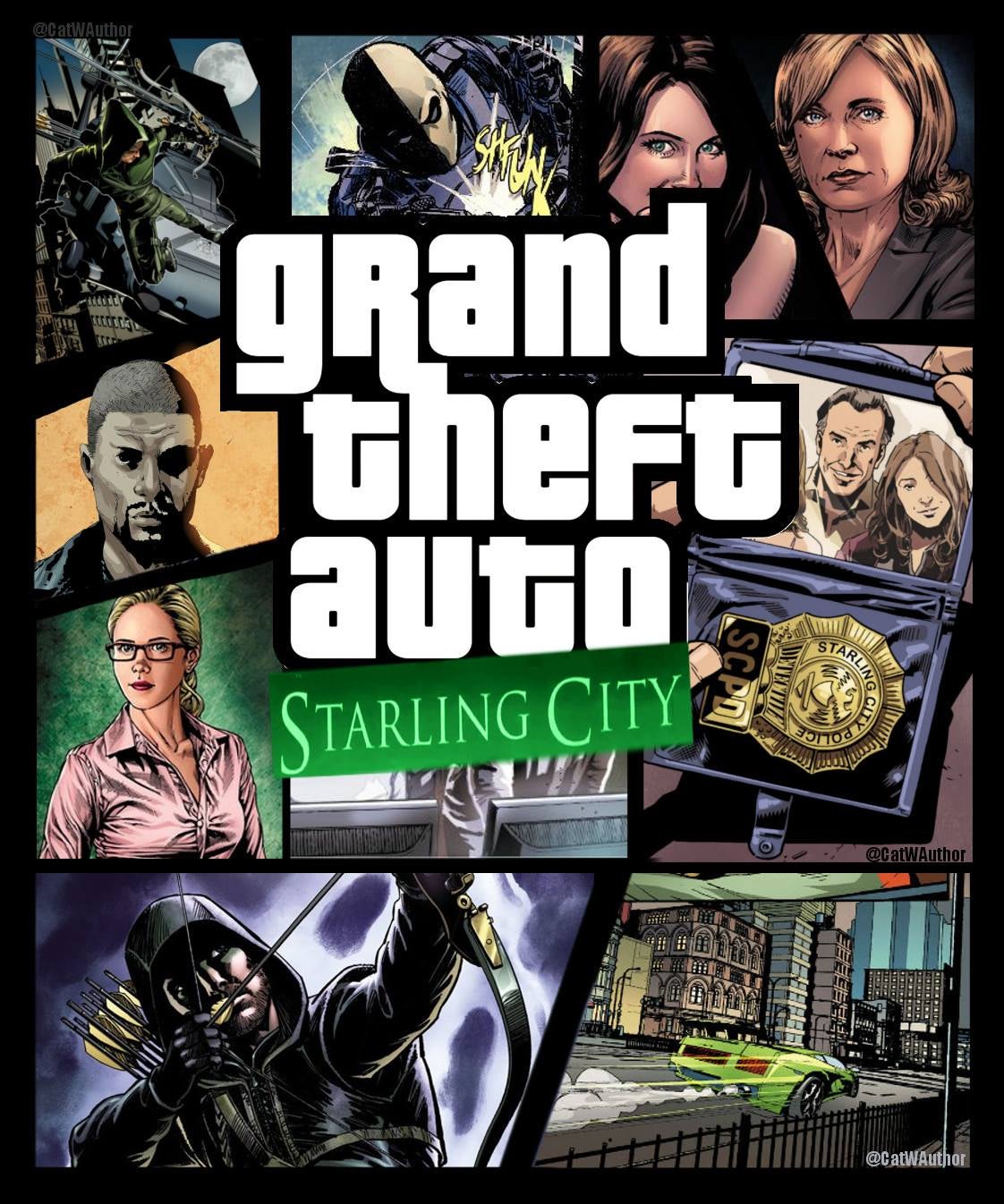 With E3 happening this week, everybody is thinking about video games...and that apparently includes Arrow star Stephen Amell who, seemingly apropos of nothing, took to Facebook this week to declare that there ought to be a video game in support of the hit CW series.

In response, author Cat Winchester put together the mockup cover above, with scenes and images from the Arrow comics -- the digital-first series that ran throughout the show's first season and never came back for season two -- superimposed into a Grand Theft Auto cover.

Amell approved, and shared that with his 2 million-plus Facebook followers, too.

What do you think -- would you play an Arrow game? What kind of game would it be?

Stephen Amell: "There Should Probably Be An Arrow Video Game"

Naruto Cliffhanger Puts Another Boruto Life on the Line