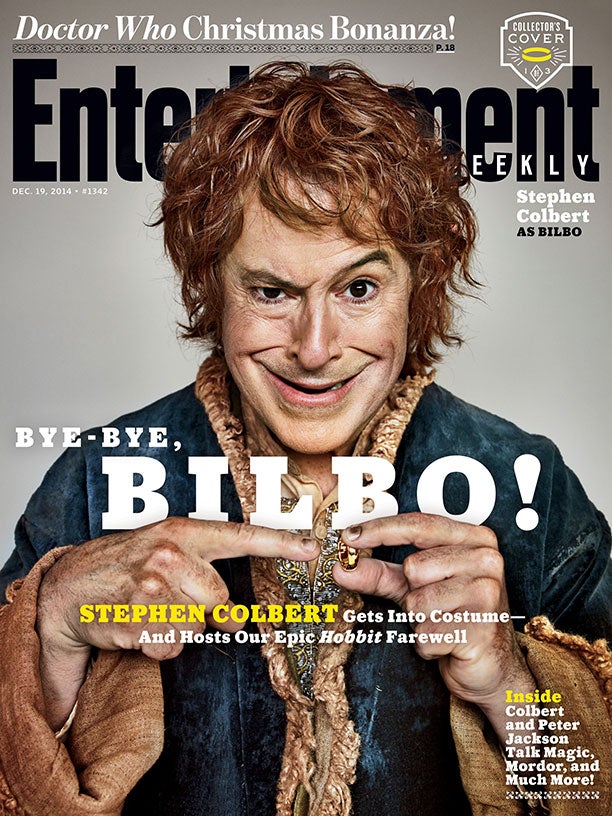 The comedian could have just done all of the roles himself. In honor The Hobbit: The Battle of the Five Armies' release next week, Entertainment Weekly dressed Stephen Colbert as Gandalf The Gray, Bilbo Baggins, and Legolas for three variant covers to this week's issue. As the images show, makeup artistry has gotten pretty advanced these days.

"The original costumes and wigs were flown in from New Zealand just for me," Colbert said for EW. "They didn't even fly the costumes out of New Zealand for the actors! They had to wear them there!" 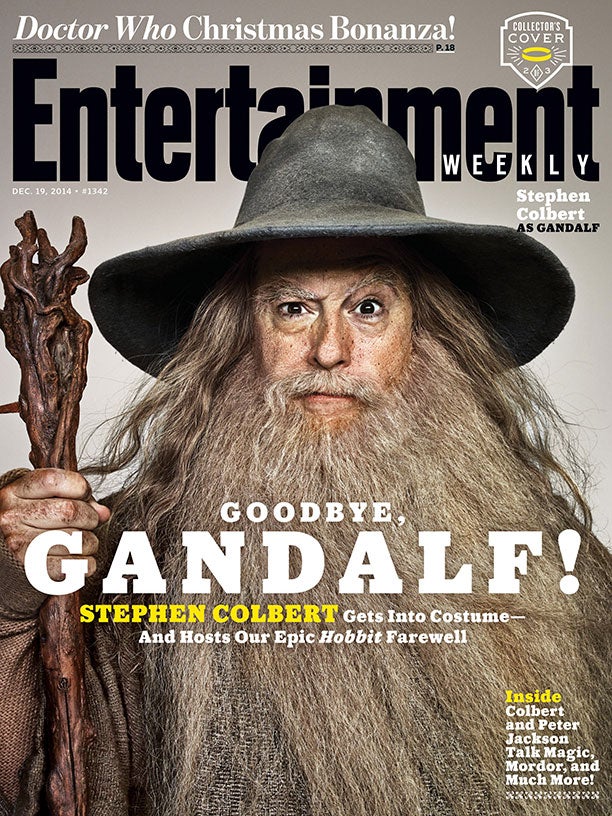 Of course, this isn't Colbert's first flirtation with Middle Earth. He had a cameo in last year's The Desolation of Smaug as "The Lake Town Spy." As one of J. R. R. Tolkien's biggest fans, Colbert also wrote an essay on his relationship with the world of hobbits and orcs.

"Tolkien's work has been a lifelong haven for me—truly a light in dark places when all other lights went out," Colbert wrote for EW. "For an awkward teenager, Middle-earth was a world I could escape to. Peter Jackson's Middle-earth also gave me a world to escape to, but by the time his films came out, I was rich and famous and didn't really want to escape my life anymore. Still, great movies."

EW also released a special video of Colbert's transformation into the iconic Middle Earth characters, which you can watch here. 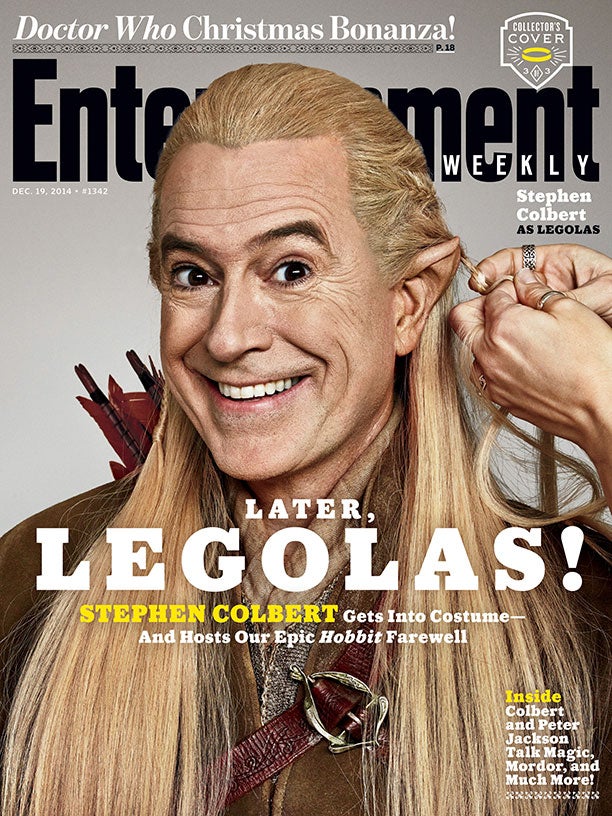 The Colbert issue of Entertainment Weekly is out now, and The Hobbit: The Battle of the Five Armies hits theaters next Wednesday, December 15th.