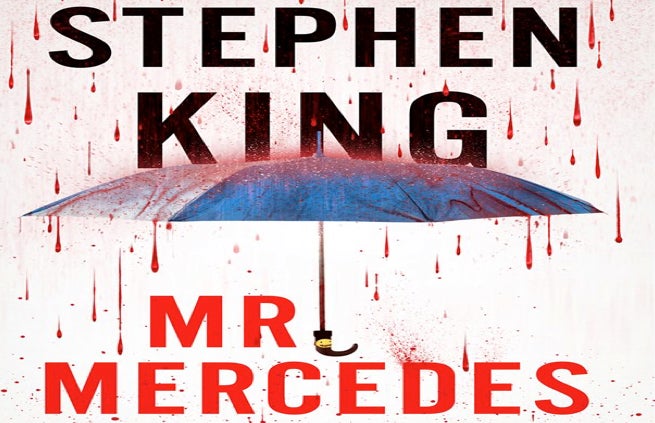 Sonar Entertainment has announced that it will adapt the Stephen King novel Mr. Mercedes into a limited series for television.

Mr. Mercedes, one of King's latest creations, is a gritty cat-and-mouse mystery thriller. It follows a retired policeman, Bill Hodges, who makes it his life's mission to find a psychotic killer named Mr. Mercedes who committed mass-murder by driving his--you guessed it--Mercedes into a crowd of innocents years ago. Mr. Mercedes is the first installment of a planned trilogy featuring the characters, with King's next installment entitled Finders Keepers. No plans have been announced yet for a follow-up television series, however. It's most likely that Sonar will determine that after they see how well Mr. Mercedes performs.

Boston Legal and Ally McBeal's David E. Kelly will write the script adaptation of King's novel, while Lost and Under The Dome's Jack Bender will direct. Both men will also serve as the series' executive producers, along with Marty Bowen and Myck Godfrey.

"This is an amazing opportunity to adapt a script from material penned by one of the world's most acclaimed and accomplished authors," Kelley said in an official release. "Mr. Mercedes is a great story that will translate beautifully to the screen if I don't mess it up."

A network or release date have not been announced yet, but stay tuned to Comicbook.com for more developments on Mr. Mercedes.