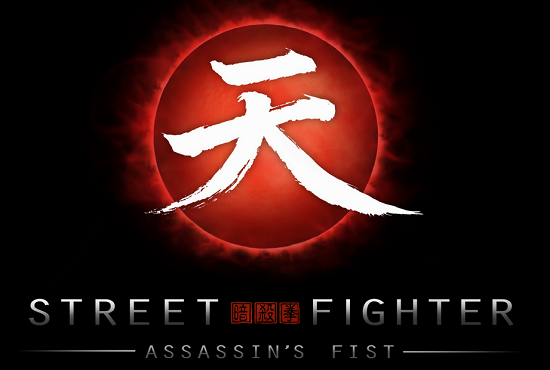 Yesterday Machinima, Assassin's Fist Limited, and Capcom U.S.A., Inc. announced in partnership with Producer Jacqueline Quella, and Director Joey Ansah, that Street Fighter: Assassin's Fist will debut in its entirety on Machinima, the top global video entertainment network for young males, which just yesterday launched a pilot based on the graphic novel Rubicon. You can see a first look at the series embedded below. The exact air date will be announced soon. The live-action series, which is distributed by Content Media, is the brainchild of Ansah (The Bourne Ultimatum, Snow White and the Huntsman), a member of the creative team behind the fan film Street Fighter: Legacy—which has received almost 5,000,000 views to date. Ansah, who also stars in the series as Akuma, wrote the script with Christian Howard, who reprises his role as Ken Masters from the original fan film. Street Fighter: Assassin's Fist takes the audience back to the formative years of iconic characters Ryu and Ken as they live a traditional warrior's life in secluded Japan. The boys are, unknowingly, the last practitioners of the ancient fighting style known as "Ansatsuken" (Assassin's Fist). The series follows them as they learn about the mysterious past of their master, Gōken, and the tragic, dark legacy of the Ansatsuken style. The series also stars Mike Moh as Ryu, Togo Igawa (47 Ronin, Memoirs of a Geisha, The Last Samurai) as Gōtetsu, Akira Koieyama as Gōken, Gaku Space as Gōki, Mark Killeen (300: Rise of an Empire, The Dark Knight Rises) as Mr. Masters, and Hal Yamanouchi as Senzo. Through the coming of age story of Ken & Ryu, we are shown the back story of some of the game's most iconic characters, and over the course of the series we will see how the past, present, and future of all of those characters are intertwined, as the battle to become Ansatsuken Master threatens to tear apart another generation of brothers. "This series was meant for Machinima," said Allen DeBevoise, Chairman, Co-Founder and CEO of Machinima. "We have successfully launched popular game-inspired web series in the past, and Street Fighter is about as iconic as they come. We couldn't be more excited about working with the incredible production team behind the series and the folks over at Capcom to launch not only a compelling and action-packed series in its own right, but also one that stays true to the Street Fighter lore." DeBevoise continued, "After the success of Mortal Kombat: Legacy 2, we will once again provide all of the episodes on the day of launch to our fans to ensure they get exactly what they want—the entire series from start to finish!" "We can't wait for our fans to get the opportunity to experience Street Fighter: Assassin's Fist," said Matt Dahlgren, Senior Product Manager at Capcom. "Working with filmmakers who are so passionate about the brand was an extremely rewarding process and we couldn't be more pleased with the results. Their work embodies the heart and soul of what Street Fighter is and we're thrilled that Machinima will be able to deliver the epic series to those who care about the celebrated franchise as much as we do." "Street Fighter: Assassin's Fist is what a live-action Street Fighter should be," said Ansah when he announced the project at last year's San Diego Comic-Con. "This takes the story right back to the start: the origins and motivations of Ryu, Ken, Gōken and Akuma. This will become the definitive back-story from which further epic adventures will follow." "Our priority is to stay true to the appearance, fighting techniques, and canon of the Street Fighter game," Quella added. "At the same time, we've managed to make this an emotion- and character-driven story, which will surprise viewers who might just be expecting a super-faithful fight fest!" The series is produced by Assassin's Fist Limited (a UK based company) in association with Lonely Rock Productions, Gloucester Place Films, Capcom U.S.A., Inc. and Evropa Film.