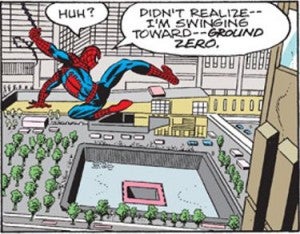 As today is the tenth anniversary of one of the most tragic days in American history, cartoonists have organized to pay tribute to those who lost their lives or were injured during the 9/11 attacks. In today’s Sunday Comics newspaper section, many comic strips have included some type of remembrance message.

In all, nearly 100 comic strips are participating in a display of solidarity and remembrance. While the idea of such a solemn event being included in comic strips might be controversial for some, the cartoonists involved have handled it in a very tasteful and touching way.

Many of the comic strips are focusing either on the importance of spending time with loved ones, remembering those who died, or paying tribute to the heroes involved in rescue efforts. The website CartoonistsRemember911.com has a gallery of the comic strips participating in the September 11 remembrance.