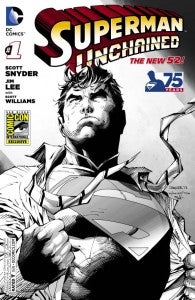 DC Comics earlier today announced three San Diego Comic-Con International variant covers for Superman Unchained, Batman and Justice League, bringing the publisher's three biggest events to Comic Con with them via special covers that will run you ten bucks each. You can check them out at right and below, along with some descriptive text.

Each of the Comic-Con exclusives is priced at $10. Comic-Con International will be held July 18-21 in San Diego. 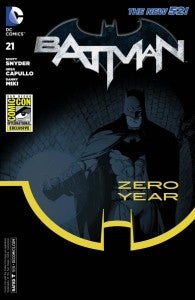 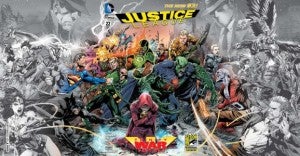