Well, Superman really just can't catch a break these days. First, everyone was upset over Superman threatening to renounce his U.S. citizenship, and now everyone is in a tizzy over the Man of Steel making some wardrobe changes. Yes, DC Comics has revealed the new look for Superman, and as would be expected when someone alters the look of a classic character, there has been an enormous outcry from fans and media. The confusing thing is that DC Comics has actually revealed three different looks for Superman in the new DC Universe, and many in the media are incorrectly identifying which look goes with which comic. The first look came as part of the new Justice League. In the Justice League #1 cover image, Superman is sporting an altered "S" logo, a higher v-neck collar, and no familiar red trunks. However, he appears to still be wearing his yellow belt, and most of the rest of his costume that is visible appears unchanged. 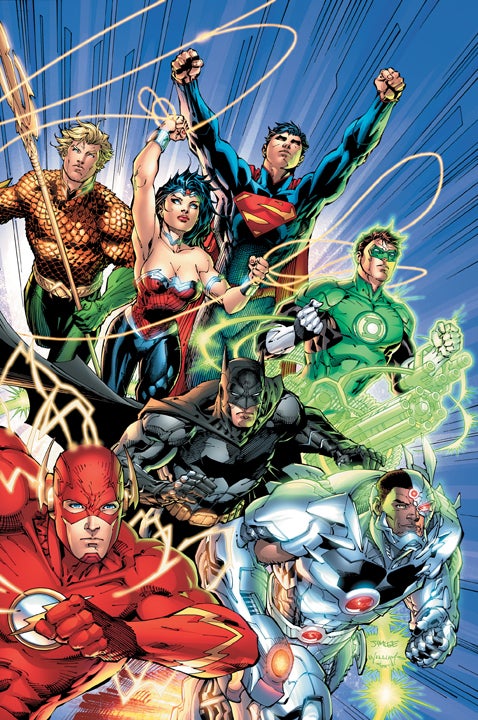 The Superman that appears on the cover of the re-launched Action Comics #1 sports a much different look. Action Comics #1 is telling the story of Superman as he first emerges to the world, so it would make sense that his costume would look less refined. And by less refined, we mean that he's wearing lumberjack boots and jeans with patches on the knees. The familiar "S" logo looks the same on the t-shirt that is the upper half of his costume, but Supes' cape appears to have shrunk in the dryer. 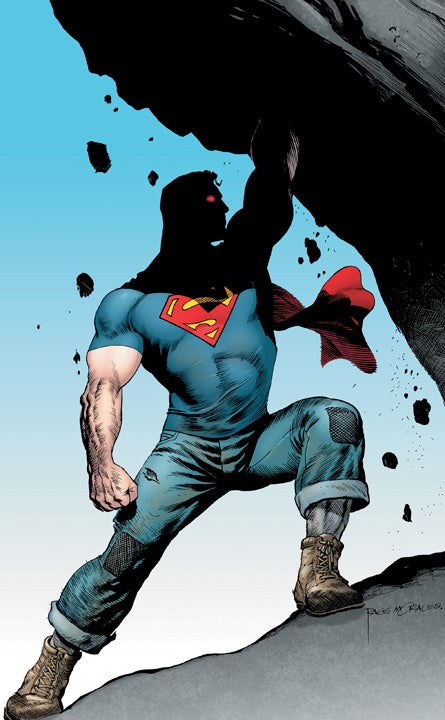 The third look of the new Superman appears on the cover of Superman #1. The new Superman comic book is described as the new status quo of the Man of Steel, so it likely represents the ongoing look of Superman, but no one knows for sure. The high collar and the missing red trunks from the Justice League cover are the same, but the "S" logo appears to have changed slightly again. Also, Superman's costume appears to have gotten some armor plating. Superman's boots have a metallic robot look, and armor lines can be seen on the legs and arms of his costume. 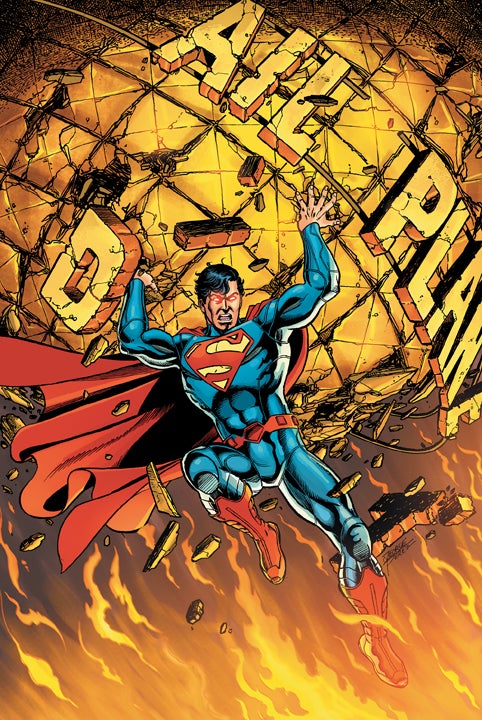 Some Superman fans have reacted positively to some of the Superman costume changes, pointing out that it was about time for him to lose the red Underoos. Other fans are outraged over the armor on his uniform, pointing out that an invulnerable man doesn't need armor. Even though it's likely a temporary look, the lumberjack Superman look seems to be generating the most discussion with fans labeling Superman as a hillbilly or redneck. In regards to the lumberjack Superman, a reader on Comicbook.com left the comment, "This is a stupid idea. Why change something that has become an american icon into this rather normal looking guy in a t-shirt, jeans, and combat boots."

So what are your thoughts? Do you like v-neck Superman, armor Superman, or redneck Superman the best? Or do you think Superman should not change his costume at all?