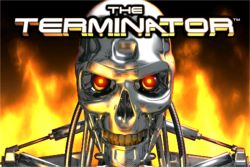 It’s been an up and down week for Terminator fans. In the good news department, Terminator: Salvation is scheduled to hit theater on Thursday, May 21. In the bad news department, Fox announced the cancellation of the Terminator: The Sarah Connor Chronicles TV show. However, there is now some additional good news. In celebration of the 25th Anniversary of The Terminator, Big Head Games and Dark Horse Comics have announced The Terminator for iPhone and iPod Touch game. The game is a shoot-everything in site homage to the movie that started it all. It has an episodic Story Mode and an endless Quick Play Mode. According to a Dark Horse press release, the game features the biggest and baddest weapons from Gatling guns to bazookas, T-800’s and hunter killer tanks from the original Terminator movie along with an array of new avengers, multiple control modes and autotargeting options to match game play to every skill level, and a pounding new soundtrack and SFX – play. The game will also have two parts, so fans should look out for an update that will take them below ground to take on the machines in their home ground. Big Head’s business director, Dave Vout, said “We are extremely excited to be bringing one of the world’s top movie and game franchises to the iPhone/iPod Touch. Combining Dark Horse Comics’ extensive catalog of material and our game-development expertise has been a great experience and opportunity that we hope to continue long into the future.”