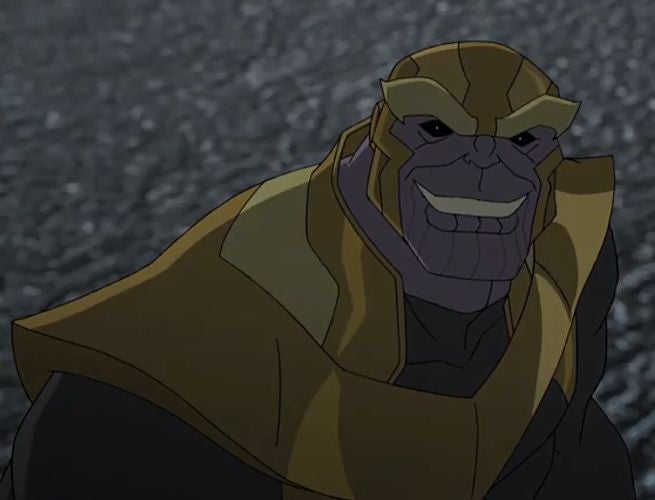 In a preview clip for Marvel's Avengers Assemble Season 2 Episode 2, it's Thanos vs. the Avengers. And guess who is winning?

Seems that Thanos is upset that the Red Skull stole something from him, and he's looking for the Avengers to return it. However, the Avengers make no claim to Red Skull being one of theirs, which doesn't sit well with Thanos.

In the ensuing fight, Thanos whips the Avengers pretty soundly. Thanos shocks Hulk and Thor, leaving them slumped on the ground. Thanos swats Iron Man away like a fly, and he doesn't even flinch at the explosion caused by Hawkeye's Hulksmasher arrow.

When Captain America launches himself as a human missile, Thanos grabs Cap by the leg and hurls him to knock the Falcon out of the sky. In the end, Thanos is rather amused by the Avengers assault, and he cracks a rather pleasant smile.