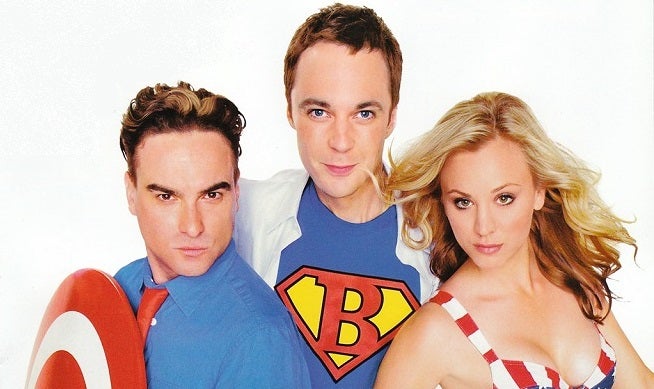 The reported production holdup for The Big Bang Theory is likely finished after the show's three biggest names have closed big, new deals.

Deadline is reporting that stars Jim Parsons, Johnny Galecki and Kaley Cuoco have agreed to new three-year contracts. That would keep the show alive through the end of Season Ten and reportedly leaves the door open for an eleventh season.

The report suggests that Warner Bros. Television, who produced and distributed Friends, a series which became notoriously expensive near the end due to all of the key players getting big money, have dipped their feet into that same territory, with each of the three getting around $1 million per episode for the next three seasons. They also reportedly have "financial parity," presumably preventing potential conflicts down the road.

There's no easy way to break up the numbers without just quoting from the Deadline article linked above:

"In addition to tripling their most recent salaries of $350,000 an episode, I hear Parsons, Galecki and Cuoco also quadrupled their previous ownership of the show, which has gone up from .25 point to more than a point. I hear Parsons' pact includes a production deal that spans TV and features and possibly theater, with Galecki and Cuoco also getting producing arrangements."

There's reportedly a table read for the Season Premiere scheduled on Wednesday, and with nearly everyone on board, the only remaining stragglers are Simon Helberg and Kunal Nayyar, who currently make around $100,000 per episode and obviously would like to close the gap between their salary and that of their newly-wealthy castmates. The hope, apparently, is to get production moving in time to avoid trimming the season order from 24 down to 22 or 23, which would obviously have big financial implications not only for Warner Bros. TV and CBS, but for the actors who are paid per episode.