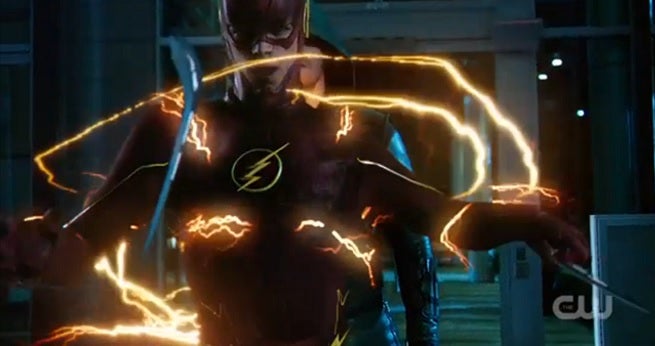 The CW announced today that it will air the two crossover episodes between The Flash and Arrow back-to-back on January 13, taking advantage of a week with almost no new programming airing to re-run their ratings-grabbing, two-hour TV event all at once rather than split up over two days.

The episodes, which originally aired in early December, were a huge success for TheCW, with "The Brave and the Bold" marking the highest-ever ratings for an episode of Arrow. They're already finding their way onto a lot of year-end "Best of TV" lists.

New episodes of The Flash and Arrow return on January 20 and 21, respectively.