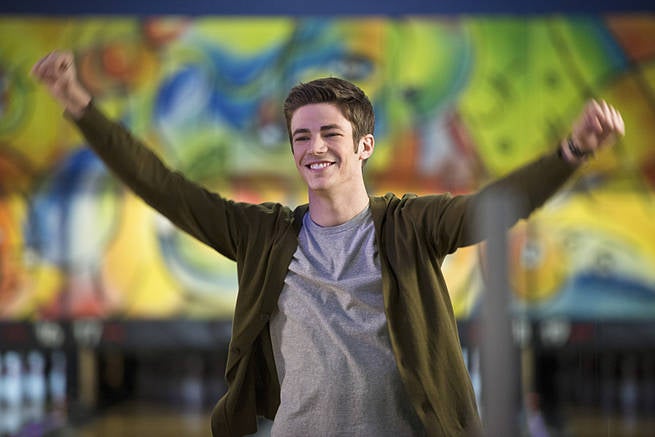 It's been a few weeks, but tomorrow sees a new episode of The Flash on The CW -- and according to producer Andrew Kreisberg and actor Tom Cavanagh, the show comes back firing on all cylinders.

They spoke about the episode this morning in Burbank with a group of reporters, including ComicBook.com's Emily Donn.

"Hashtag game changer," joked Cavanagh when asked how he would sell this week's episode, titled "Out of Time," to the audience.

"With no disrespect to any of the other directors or episodes we've produced, I think this is the best episode that we've done," Kreisberg added. "I think it's everything that The Flash can do – and I don't mean Barry Allen as a hero, I mean as a TV show – this episode delivers in spades. It's got amazing visual effects that you just don't see on television. It's full of heart, it's full of romance, it's full of genuine scares and it's the best episode of this show. Between this and Arrow, there's only a handful of episodes amongst ourselves that we kind of say that about and I definitely think this is it."

If there was a concern, Cavanagh said, it was that using up this episode with a few weeks yet to go before the season finale was a risk.

"I think that what you've put in the bank beforehand is one of the greatest things about television. As opposed to 2 hours, we can put 15 hours in prior to this, so we have investment," Cavanagh explained. "So you read something like this and you get to pay off a little bit. And then the danger is, is it a precipice or is it the slippery side of the slope. What's been so impressive for us is that is a really strong episode of television and yet in the ones to come, we're springboarding off it. The danger is you do something like this and it's a pinnacle and you slide down and this is not the case for us. As we read the scripts, the next one that comes you're like, 'Oh. That happens!'"

The Flash returns tomorrow at 8 p.m. ET/PT on The CW.

The Flash Producer Andrew Kreisberg: "Out of Time" Is Our Best Episode Yet