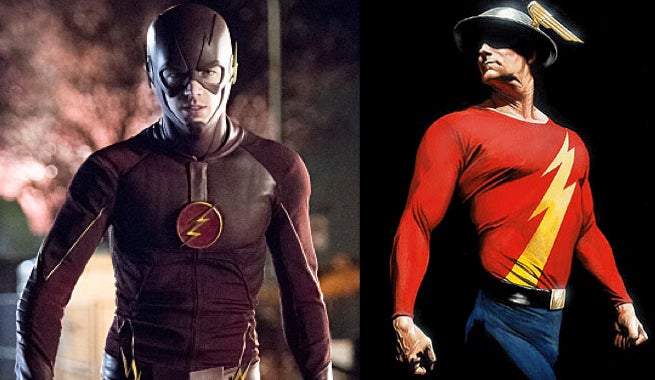 Not a fan of how The Flash's characters have grown and progressed throughout the first season? Don't worry, there's probably alternate universe out there that's more to your liking.

That's right, DC Diehards. According to series star Grant Gustin, The Flash's second season might explore the multiverse. With at least Earth 2 on the table, Gustin said that the series will explore alternate timelines and realities.

"What's fun about this show is that there's going to be multiple timelines as we move forward," Gustin said. "I think we're going to start showing Earth-One and Earth-Two in the near future. There will be kind of different dimensions going on."

For those who's heads aren't exploding right now, let us explain. In DC Comics, there exists a multiverse of parallel dimensions and realities, all of which explore the DC Universe through a different lens. It's one of the publisher's biggest selling points, often playing a key role in their crossover events. Earth 2, for example, hosts all of DC's golden age, WWII-era characters—including the silver-haired speedster, Jay Garrick.

While a thriving multiverse may work well for a sci-fi-heavy show like The Flash, series co-star Carlos Valdes (Cisco Ramon) thinks it could present a tricky situation for The CW's other shows, Arrow and Legends of Tomorrow.

"It gets a little Rubik's Cube-y in terms of keeping consistency between all these timelines and whatnot," Valdes, always the science nerd, told TVGuide. "But the writers have their stuff together. If I were to trust anyone, it would be them."

The Flash's Grant Gustin Teases Earth 2 In Near Future