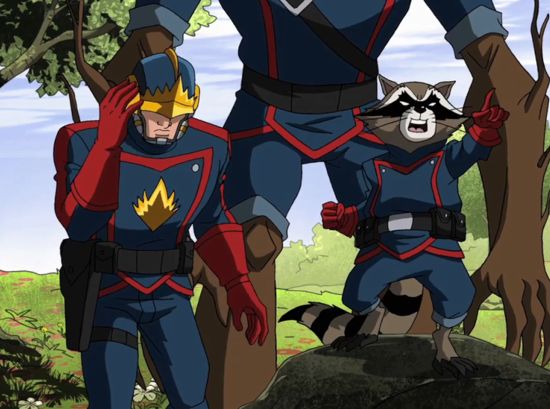 Could this cartoon DVD be foreshadowing something that may one day happen on the big screen? Check out the clip below which contains a preview of the DVD, plus some words from Marvel's own Chief Creative Officer, Joe Quesada.

The Guardians Of The Galaxy Meet The Avengers