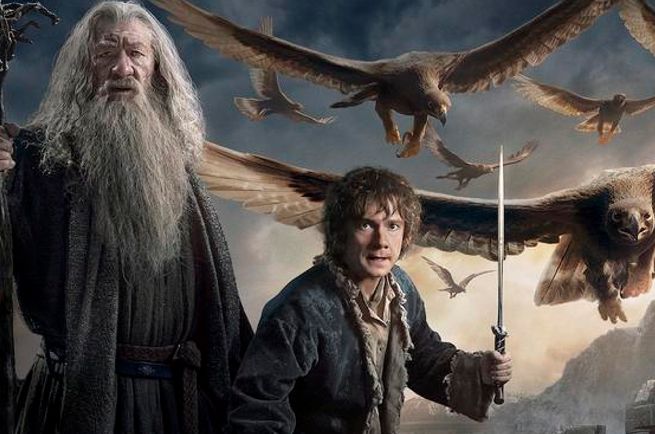 The Hobbit: The Battle of the Five Armies fired a strong opening shot with it's 7:00 p.m. pre-show premiere last night, collecting $11.2 million across select theaters and IMAX theaters.

As Variety reports, The Battle of the Five Armies' pre-show numbers topped Desolation of Smaug's from last year, which only took in $8.8 million. The Hobbit: An Unexpected Journey still remains king however, with an impressive $13 million haul from its pre-show screenings in 2012.

Now available in about 3,850 theaters across the United States, The Battle of the Five Armies is expected to gross between $70 and $75 million between Wednesday and Sunday. As we reported earlier today, if those projections are met, then the third Hobbit film will perform fairly similarly to the first two. The Desolation of Smaug earned $73.6 million in its first weekend, and An Unexpected Journey earned $84.6 in its first weekend.

However, the first two films didn't have quite the same competition that Battle of the Five Armies faces. Friday will also see the release of the third Night at the Museum movie and the modern-day Annie reboot. Still, analysts predict that Peter Jackson's final Middle Earth adventure will win the box office this weekend.

The Hobbit: The Battle Of The Five Armies Opening Night Box Office Is $11.2 Million