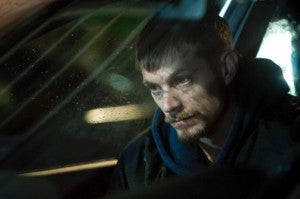 AMC may be best known for its mega-hits like Breaking Bad, Mad Men and The Walking Dead, but they still get some pretty serious critical praise for their lower-rated original program, The Killing. A kind of modern-day retelling of Twin Peaks (without all the supernatural stuff), the series revolved for its first two seasons around the death of Rosie Larsen, a bright and beautiful teenage girl who, it turned out, was just in the wrong place at the wrong time. With a disappointing performance in the ratings and the show's central mystery finally solved, some fans and critics are aruging that the series may not come back at all next year. Still, actress Jamie Ann Allman, who played Terry Marek on the show, says the creators aren't quite ready to call it a day. "They've alluded to the backstory of [Detective Sarah] Linden, which is very interesting, about her past and backstory from the previous cases," Allman told Zap2It in an interview. "I also know that there is another crime that they already have planned out that is really incredible where they could introduce a whole new cast." Marek, who played a relative to Larsen during the show's first two seasons, would likely not return when the series was recast--and the relative merits of doing  cop show that way can be debated at some length. Reportedly, Heroes was originally conceived as a show that would similarly hold over a small number of characters and recast most of the show every year. But at the heart of the show are Mirielle Enos (who plays Linden) and Joel Kinnaman, who plays her partner Stephen Holder. While part of AMC's business plan seems to be to anchor their shows with stars who don't command a ton of money and whose fame doesn't overshadow the show itself, that doesn't always work as a long-term strategy, particularly when the show is critically beloved. John Hamm is arguably as or more famous now than Mad Men is, and Bryan Cranston--known to most fans before Breaking Bad as the lovable goofball he played on Malcolm in the Middle--can now write his own ticket as a big-screen villain after his series wraps up next year. Kinnaman can now be added to that list, as he's playing the title character in a remake of the '80s action classic RoboCop, which goes into production soon for director Jose Padhila. Starring opposite Samuel L. Jackson, Gary Oldman and Hugh Laurie, Kinnaman's stock can only go up and if RoboCop is even a marginal success it seems likely that there will be sequels, and probably more leading-man roles, in the star's future. So, will he stick around? It's certainly an important question for the future of the show; whether the series works without Holder or not is hard to say, and certainly Sunday's finale left the story in a place where he seemed poised to take the lead from Linden. It may be telling that the show is as or more suited at Comic-Con than Breaking Bad, but that The Killing is absent from AMC's panel plans where Cranston's crime drama is not. To carry on without Kinnaman might take some serious acrobatics from the writers' room, and frankly with a show whose return is far from guaranteed it may be that AMC just won't think it's worth the trouble. Without Kinnaman, they'll think, there's no show. And that's probably literally true.