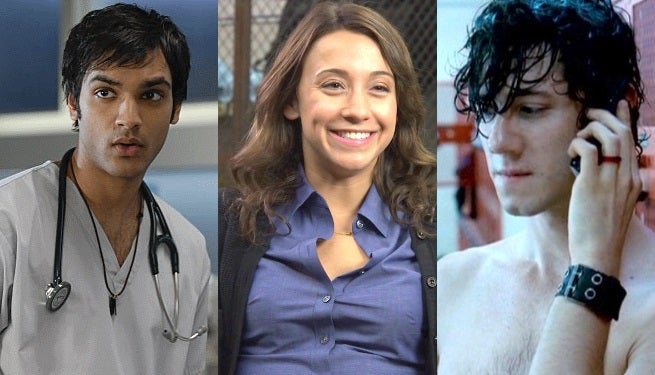 Syfy has cast Stella Maeve (Chicago PD), Hale Appleman (Teeth) and Arjun Gupta (Nurse Jackie) the the pilot for The Magicians, the adaptation of Lev Grossman’s bestselling trilogy of novels. The pilot is set to begin production in New Orleans this December, with independent film producer Mike Cahill (I Origins, Another Earth) signed on to direct.

Stella Maeve will play the beautiful and confident Julia, a wealthy and brilliant Ivy-Leaguer who seems destined for success. But Julia’s future plans are forever altered after she is denied admittance to the mysterious Brakebills College for Magical Pedagogy. Unaccustomed to failure, Julia finds life meaningless now that the possibilities of a previously unseen magical world have been denied to her. But she may get another chance to pursue a career in magic when she’s recruited by a secret society.

It will be interesting to see how much of a role Julia in the beginning of the adaption. Her role in the first book of the series is small. She becomes the co-primary character, along with Quentin, in the sequel, The Magician King, where her involvement with the “secret society” is revealed via flashbacks.

Hale Appleman will portray Eliot, a student at the Brakebills who is an odd combination of a preppy with intrinsic coolness. Effortlessly hip, with his air of self-possession, Eliot is accustomed to commanding any clique, and he’s a natural leader of his fellow magical students. He will prove a sometimes frustrating ally in Quentin’s fortunes -- and may soon factor into a series of perilous adventures

Arjun Gupta will portray Penny, a young man with an edgy look and attitude. He’s deliberately intimidating to Quentin, his new roommate and fellow magic student at Brakebills. A reluctant telepath, he is bedeviled by voices that hint at pathways to other worlds.