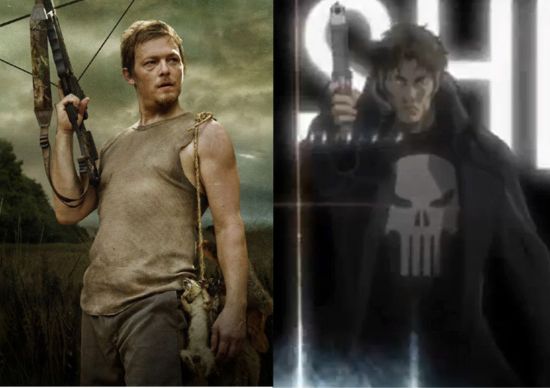 Norman Reedus, who plays Daryl Dixon on The Walking Dead, is jumping from the world of zombies into the world of superheroes. Reedus has been cast as the voice of The Punisher in the upcoming Marvel animated feature Iron Man: Rise of Technovore.

Iron Man: Rise of Technovore centers around a confrontation between Tony Stark and Ezekial Stane, who has developed a new bio-technology. In addition to Iron Man, the feature-length anime also includes War Machine, Black Widow, Hawkeye, Nick Fury, and The Punisher.

Providing the voice of The Punisher will not be Norman Reedus’ first time as a Marvel character. Reedus previously played Scud in the movie Blade II, which was based on the Marvel Comics character Blade.

The Walking Dead’s Norman Reedus To Voice The Punisher