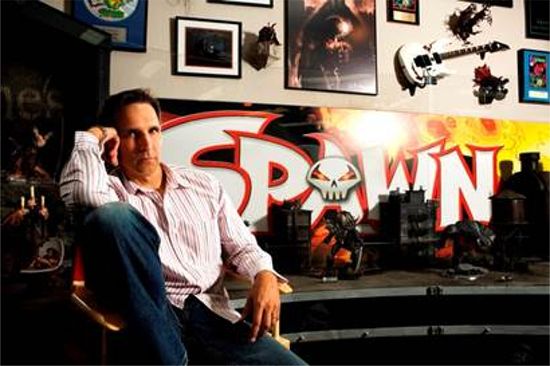 Over the last couple of weeks, we've run several parts of a lengthy interview that we did with Spawn creator and McFarlane Toys founder Todd McFarlane. McFarlane talked about the Spawn movie, The Walking Dead, sports figures, comic book relaunches, and more. In the final part of our interview, we're addressing a burning questions in the world of comic books.

Before McFarlane created Spawn and launched his toy company, he was best known as a Spider-Man artist for Marvel Comics. After a successful run on the Amazing Spider-Man comic, Marvel gave McFarlane his own Spider-Man book to both write and draw. In 1990, Spider-Man #1 sold 2.5 million copies. Of course, McFarlane eventually left Marvel Comics to co-found Image Comics.

Comicbook.com: Speaking of Spider-Man, are there any circumstances under which you would ever draw Spider-Man for Marvel again?

Todd McFarlane: Let’s change a word or two in your question. To the wording of your question, the answer is no. Change a couple of words and say, “Are there any circumstances that I would draw Spider-Man 'with' not 'for' but 'with' Marvel?” Again, everything’s possible. And basically I’m saying , “Is it possible that someday I’ll wake up and have an itch to do a Spawn and Spider-Man crossover?” Yeah. Would Marvel be interested? I don’t know. I’d have to present it to them at that point. Maybe under a circumstance like that I could sort of have my cake and eat it too.

But will I go and draw a book solely for Marvel comic books on a full-time basis? No. Will I do it for DC? No. It’s not what I do. I’ve got lots of things that [I’m doing]. Like I said, I’m trying to figure out time to finish up that movie. So I’ve got lots of things to fill up whatever idle time I may have not doing comic books. And then like I said, I like to do coaching. I’ve got a family, and I’ve got the toy business. I’m quite busy, you know. And I told people that working for Marvel and DC both of them I had a good time with there. I met good people that work for the company and met lots of good friends at conventions and stuff. But I sort of put it in the same bucket as high school in that I enjoyed my time at high school, liked it, liked my friends there, but do I have any intention of ever going back to high school? No. Doesn’t mean that I hated high school. Doesn’t mean that I have a grudge against high school. It just means high school is in my past. Marvel comic books and DC comic books are in my past. It doesn’t mean that I didn’t enjoy my time while I was there.

Comicbook.com: Is there anything that I haven’t covered that you would like to tell our readers about? Anything else that you’ve got upcoming?

Todd McFarlane:  No, I think I’ve just got to finish up writing [Spawn] 240 today, but I plotted up to 249. So I’ve got nine issues sitting in the can. My artist is very fast. When I draw for myself, I barely keep up from month to month. Let alone have five, six, seven, eight issues sitting in the can. And then, I’ve also got another mini-series that I’m working on with a very talented artist. He’s painting the book right now. I think he’s on issue six. So once we get near the end of eight, then I’ll probably start soliciting it. So I’ll have all the issues just sitting there waiting and we can put them out in a timely fashion.

Let me think, off the top of my head, like I said we have an announcement in about a month we’ll be making on some of the new direction we’re doing with some of The Walking Dead toys. And to me, that’s taking up a lot of our time right now.

Todd McFarlane Would Possibly Work With Marvel On Spider-Man Again