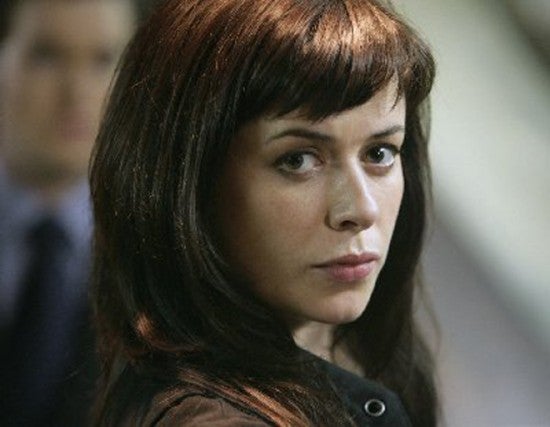 Today at her spotlight panel at the Chicago Comics and Entertainment Expo (C2E2), Torchwood star Eve Myles teased fans with a fifth series, saying that she and co-star John Barrowman find fans of the series everywhere they go. Nevertheless, she admitted it would be extremely complicated to put together. According to Spinoff Online, here's how it went down:

"You want a series 5?" And after much applause, she asked louder, "You want a series 5?" Once the voices of the crowd died down, she said more quietly, "Me too." She said a return to Torchwood would be "a really complicated, kind of really huge, huge thing to put together [but] we're all hoping, keeping our fingers crossed. Everywhere we go, me and John [Barrowman], there are Torchwood fans."

Game of Thrones: George R.R. Martin Reveals How Much He Still Has to Write of The Winds of Winter