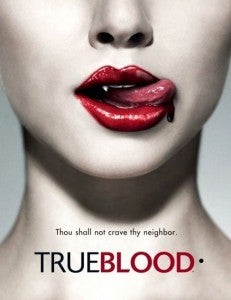 HBO has announced that they will renew True Blood for a sixth season and The Newsroom for a second, according to Entertainment Weekly. True Blood's fifth season, currently in progress, was already announced as the last that will be run by Alan Ball, who co-created the series for HBO and whose overall deal with the network will see him working on a number of new projects with the time he had been spending on True Blood. He'll be replaced by executive producer Mark Hudis, who's been working with Ball on True Blood and in the writers' room on the show for the last two years. True Blood is based on the Sookie Stackhouse novels by Charlaine Harris, and is also the basis for an ongoing comic book series at IDW Publishing. Harris' second-to-last Stackhouse book, Deadlocked, hit bookstores in May and the final book, Dead Ever After, will come out May 7, 2013. The Newsroom is the brainchild of Academy Award-winning screenwriter and producer Aaron Sorkin, and represents his first return to television since Studio 60 on the Sunset Strip was cancelled by NBC in 2007. Taking place inside of the fictional newsroom of a network news broadcast, the series stars Jeff Daniels and Emily Mortimer and debuted to strong ratings last week. Its second episode aired last night.