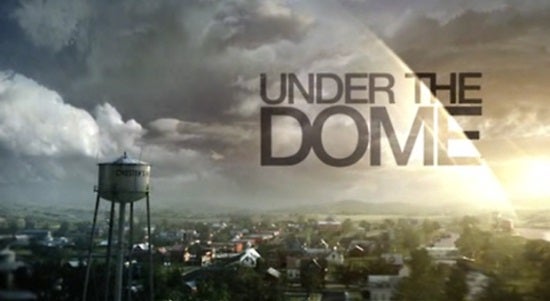 The cast and crew of Under the Dome have begun production on Season 2. The CBS series marked the occasion by posting a video of Stephen King "Tweeting" from the set on day one. In Under the Dome, an invisible and mysterious force field descends upon a small fictional town in the United States, trapping residents inside, cut off from the rest of civilization. The trapped townsfolk must discover the secrets and purpose of the "dome" and its origins, while coming to learn more than they ever knew about each other. The show is based on the Stephen King novel of the same name. Brian K. Vaughan, writer of comics such as Saga and Y: The Last Man, is the showrunner. Under the Dome Season 2 is set to premiere June 30, 2014.

Under The Dome Season 2 Starts Production