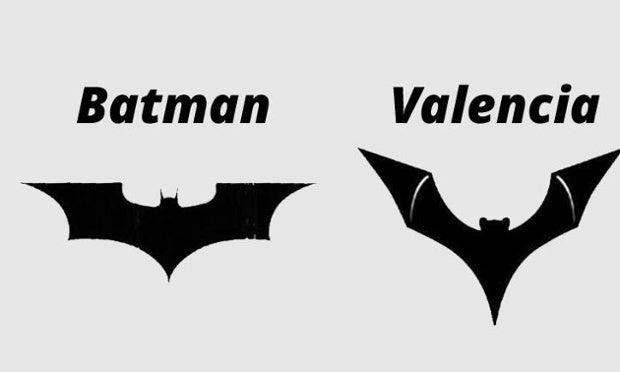 Valencia CF announced they will not use a new version of the logo, the Guardian reports.

This decision is a result of opposition being mounted by DC Comics, claiming the design was too similar to the Batman logo.

The Spanish Football club revealed they had applied for copyright for a new design of the bat that forms part of their crest. They have since canceled plans for the design after DC Comics “presented its opposition to the request.”

“There does not exist a lawsuit by DC Comics," Valencia CF said in a statment, "But the club no longer has plans to use the new design."

Batman was created by Bob Kane and made his first appearance in Detective Comics in 1939. 2014 marks the 75th anniversary of the Caped Crusader.

The bat has been a part of Valencia’s crest since 1922.