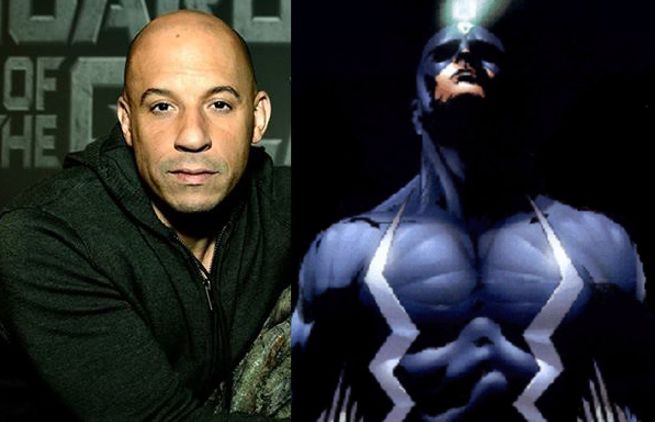 Vin Diesel certainly has one of the most entertaining and most-followed fan pages on Facebook. It was on Vin Diesel's Facebook page that the world first learned that he was talking to Marvel Studios about a future project.

When Marvel Studios initially talked to Vin Diesel it was about a role in a movie that was way down the road. In an exclusive interview with Comicbook.com, Vin Diesel revealed, "I was forthcoming about my meeting with Marvel and they weren't used to it. I wasn't used to anyone trying to censor what I say to my Facebook fans which, despite the numbers, is always something special to me. I feel like I have to be truthful because the fans are truthful to me."

Vin Diesel also offered some insight into how Marvel approached him about the Groot Role. Vin Diesel said, "When I first got the call from Kevin Feige, he prefaced the call by saying 'This is the strangest character Marvel has ever attempted.' He said 'Don't answer me now, but instead of making the fans wait until 2017, there's something that would be a brilliant idea, we think you could be the only person who could bring the emotion to this very challenging task. Don't answer me Vin, don't answer me, let me send over my conceptual art.'"

So what was the role that Marvel Studios was initially talking to Vin Diesel about in 2017? Well, a new post to Vin Diesel's Facebook page might provide a big clue.

Earlier this morning, Vin Diesel posted an image of Groot to his Facebook page, along with the text, "Vin and Marvel... you all made it happen! I get the strange feeling that Marvel thinks I'm Inhuman... Haha."

Of course, there have long been rumors that Marvel Studios is making an Inhumans movie, and it wouldn't be unreasonable to think that movie could be targeted for a 2017 release date. When Vin Diesel first announced he was in talks with Marvel Studios, there was also much fan speculation that he could be up for the role of Black Bolt in an Inhumans movie.

Since the character of Black Bolt doesn't speak, it wouldn't create any issues for moviegoers already associating Vin Diesel's voice with Groot. And since Vin Diesel's work on Guardians of the Galaxy 2 would likely be limited to a couple weeks at most of voicework, it also wouldn't be unreasonable for him to appear in both the Guardians of Galaxy sequel and a new Inhumans movie in 2017.