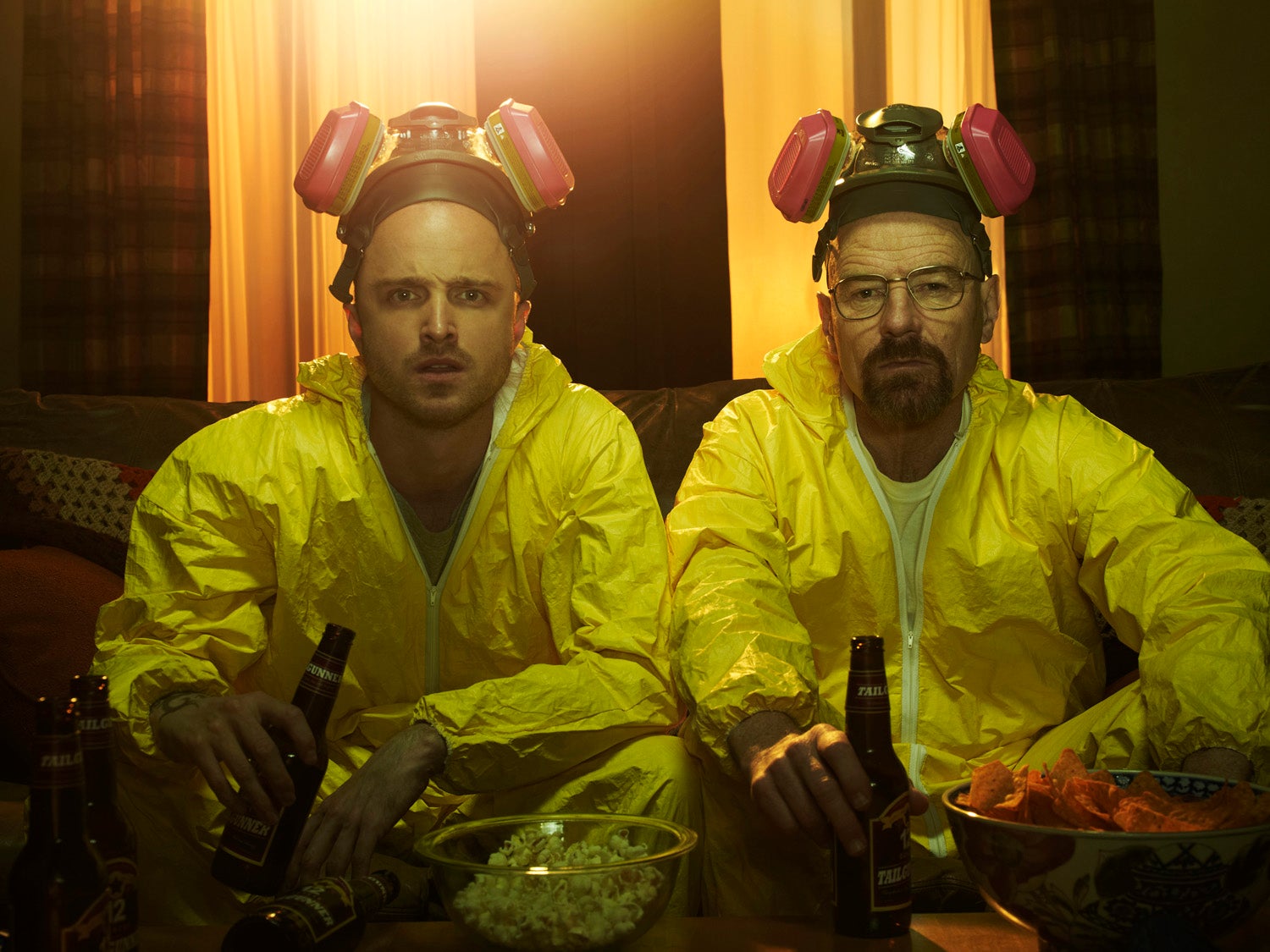 There's something the creators behind Better Call Saul would like to get out of the way right now: Breaking Bad stars Walter White and Jessie Pinkman will not appear on the series' first season.

"We really want this to stand on its own," Gould said, according to The Hollywood Reporter.

However, that doesn't mean viewers can kiss any appearances by their favorite meth dealers goodbye. Gould and co-showrunner (and Breaking Bad creator) Vince Gilligan said that Walt and Jesse could show up at some point in the spinoff, if the story and timing feels right.

"[I'm] not saying it's never going to happen," Gould clarified, while Gilligan added, "Our intention and our hope is that it will feel proper and organic. If it feels like a stunt, then we in the writer's room will feel like we have done something wrong."

But However likely they may be, the show's creators do have plans for how they could bring old cast members onto Better Call Saul. Gould said that the writer's room contains a cork board with every Breaking Bad character that could feasibly return. According to Gould, the board ranges from Walt and Jessie to smaller characters like Wendy.

Better Call Saul will tell the origins of Walter White's dubious lawyer, Saul Goodman, and his rise to becoming New Mexico's most notorious attorney. The series will have a two night premiere at 10 p.m. on Sunday, February 8th, and 10 p.m. on Monday, February 9th. It will then shift to a regular Monday night schedule at 10 p.m. on AMC.