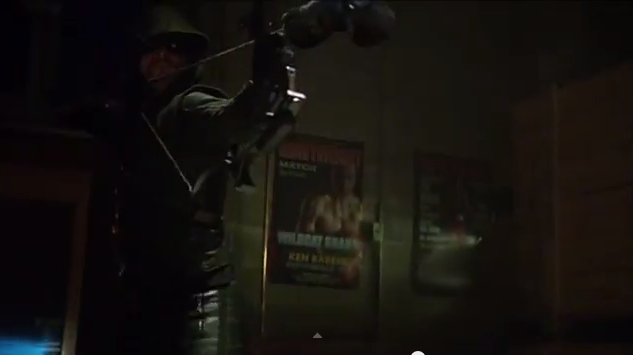 That high-pitched noise you heard last night was the collective squeal amongst comic book fans during Arrow's latest episode, "Guilty."

After two long years since Arrow debuted, fans have requested--nay-demanded an appearance from Oliver Queen's signature weapon: The boxing glove arrow. The punching projectile has long been a staple of Green Arrow's arsenal throughout his comic book history, a fan-favorite amongst the Emerald Archer's many trick arrows.

Arrow managed to honor that legacy without losing face as a gritty and realistic show when Arrow brawled with Ted "Wildcat" Grant at Grant's boxing gym. As as the two skirmish, Oliver sticks his arrow inside of a boxing glove then fires it at Grant. Smacking Grant right in the mug, the move was a T.K.O. for Arrow and fans alike.

You can check out the best Easter Egg to grace Arrow yet in the video below.