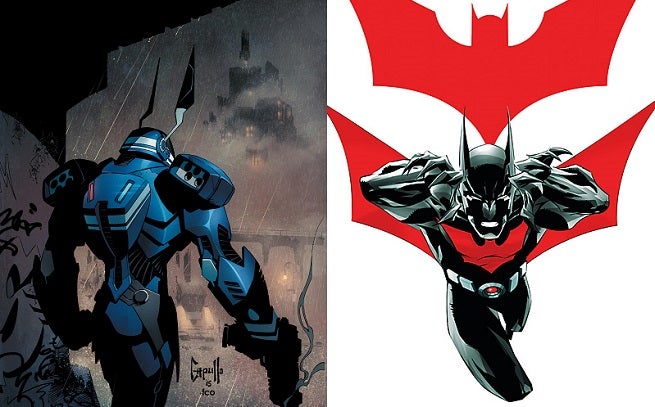 While Bruce Wayne was always the regular guy who used wit, skill and guile to win the day, the new Batman has Powers.

No, he can't change the course of mighty rivers. We're talking about Geri Powers, whose company was responsible for designing and implementing the suit of armor currently home to former Gotham City Police Commissioner James Gordon.

Gordon, as most of our readers know by now, is operating as Batman in the DC Universe at present, while Bruce Wayne appears to be an unshaven homeless man if the final page of Batman #41 is to be believed. 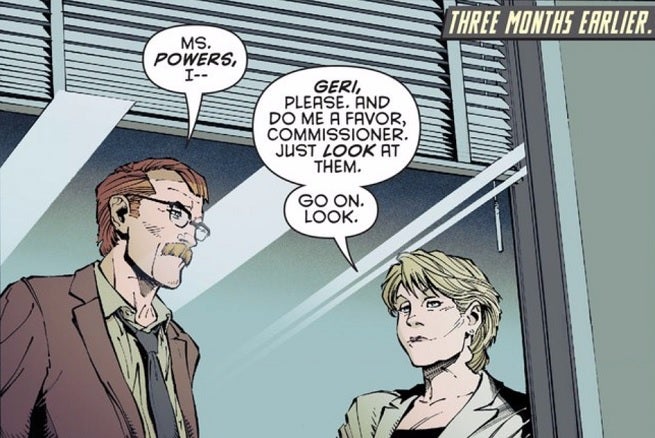 And if you're wondering whether Geri Powers and the corporation currently underwriting the GCPD's "official" Batman is the same one responsible for the death of Warren McGinnis, the father of Terry "Batman Beyond" McGinnis, the answer is a resounding yes.

For those who don't know what that means, here's a brief summation, courtesy the DC Wiki:

Derek Powers was a wealthy businessman. After years of bidding, his company, Powers Technology, merged with Wayne Industries. Wayne was now an old man, and took little interest in day-to-day operations. In the mean time, Powers shifted the company into shady waters. Despite a weapons embargo, he set up a deal for a dangerous nerve gas with Kaznia. An employee, Harry Tully, found out and passed the information along to his co-worker, Warren McGinnis. Tully later died from exposure to the nerve gas.

Desperate to retrieve the information, Powers set his assistant Mr. Fixx to kill McGinnis and make it appear the latter was the victim of the Jokerz gang. However, Fixx did not obtain the disc of information, which had been earlier found by Warren's son Terry. Terry gave the disc to Bruce Wayne, whom Terry discovered was once Batman. Terry would take up the guise of Batman to avenge his father's death.

Of course, the current Batman Beyond series actually revolves around Tim Drake, who assumed the mantle after the death of McGinnis in The New 52: Futures End. The world of Batman Beyond has been radically altered in that title, too, and that's part of what brought the "Powers" question to the fore. 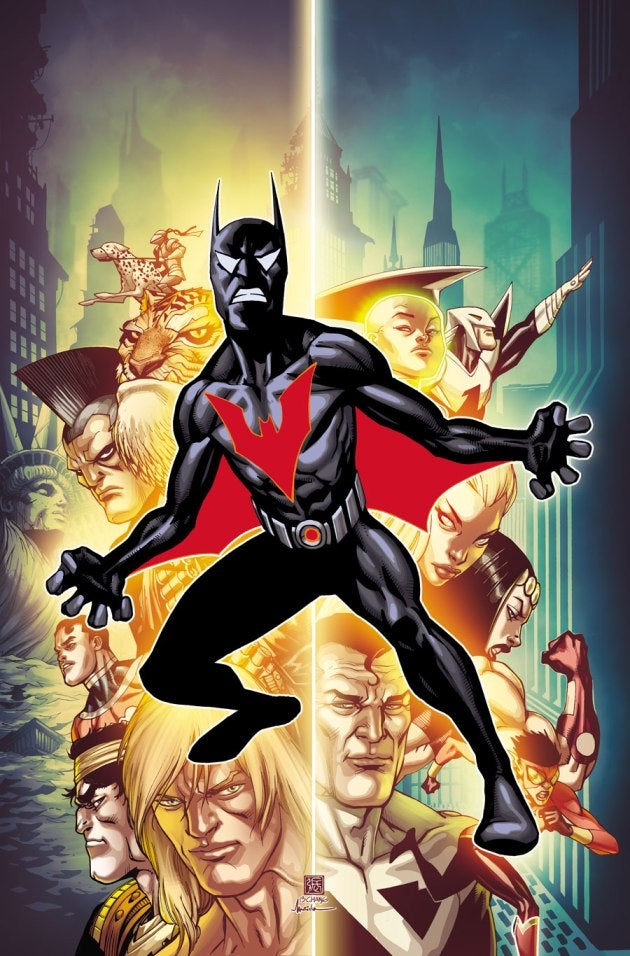 "Many times, the cover of a first issue represents not only that issue, but the series as a whole," writer Dan Jurgens told ComicBook.com in a recent interview, the full text of which will run later today. "Bernard Chang's gorgeous cover does exactly that. We have the world of the DCU's Great Disaster timeline on the left, the more classic Batman Beyond animated future on the right. We're merging those two timelines into one representative timeline for the DCU. You also see aspects of that in Batman, where the name 'Powers' has emerged."

When we had that conversation, Batman #41 hadn't yet arrived, so I didn't know just what Jurgens meant. This week, though, it became clear: the chronal disruption from the Convergence event and its rewriting of the Crisis on Infinite Earths have apparently had subtle but potentially significant results in the modern-day DC Universe, not just the 35-years-later future of Batman Beyond.

Does this guarantee that Geri Powers and company will be evil, and that the new Batman program is doomed? Well, no. After all, there are plenty of governments, companies and other organizations which start out benign and then morph into something corrupt over time. Nevertheless, it's an interesting and potentially chilling connection in this strange new corner of "DC You."

What is the New Batman's Connection to Batman Beyond?