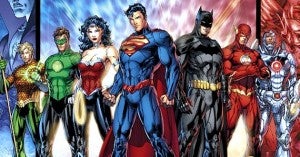 Just asking: Have you heard from anybody who's genuinely excited for Marvel NOW!? I haven't, and it's got me to thinking. Some of the titles look incredibly promising and (unlike the New 52) there aren't any announced yet that are self-evidently stinkers--but retailers I've spoken with simply don't have the same kind of enthusiasm for the Marvel relaunch that they did for the DC reboot a year ago. In fact, I think it's probably safe to say that the launch of The New 52, a sustained orgy of sell-outs and hype that lasted a month before it even relented and even then continued to dominate everything we talked about for two more months or so, is probably the last event of its kind we'll see in what I like to call the "Direct Market Era" of the comics industry--this time we're living in now where everything flows through comic stores and there's effectively been no other leigimate distribution channel for mainstream comics for a number of years. And it's not a Marvel-versus-DC thing, don't get me wrong. DC's Before Watchmen books have sold well, but nobody was throwing release parties for those things and there were no reports of massive sellouts that forced thousands of readers to try digital. 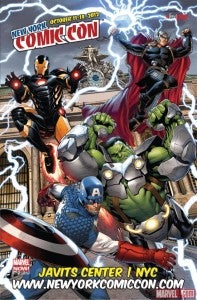 The same is true for The Walking Dead #100, which managed to become the best-selling single-issue comic of the last fifteen years, but about which nobody was talking a week later. Midnight release parties were sparse and many fans credit the almost twenty variant covers with giving the issue its record-setting sales--something that frustrated many fans of the series, since non-superhero, creator-owned comic book readers are generally not as keen on the crass marketing of variant covers and release parties and shamelessly promoting "This issue--someone DIES!". The rise of digital guarantees that the monopoly the direct market comic shops have been enjoying on the reading public for the last twenty or so years is nearing its end. And while nobody seriously thinks it's going anywhere in the near future, or even that it will become a minority market soon, the idea of people lining up at midnight to get Uncanny X-Men #1 is pretty preposterous when you consider that Marvel uploaded this week's books before my local comic shop opened. The 2 p.m. release time is a concession to retailers, and as readers and retailers get more comfortable with digital, it will likely be rolled back. The fans are also pretty exasperated by the never-ending parade of events at this point--and while that doesn't tend to depress sales, it has a measurable impact on enthusiasm. The last few of them before the DC relaunch--notably Siege and Flashpoint--really didn't seem to capture the fans's imagination particularly well, and the fact that the event fatigue seemed to be "turned around" by the New 52 was arguably a byproduct of its unprecedented nature, not the willingness of fans to be converted. Most everyone is interested to see what happens with Marvel NOW!, and those books will likely dominate the top of the charts for the next few months, but no fans I've spoken to are chomping at the bit for them. The mainstream media seems largely disinterested, even though Marvel handles them far better than DC does most of the time, and no retailers I've heard from are expecting this to be a game-changer for the industry. It isn't that there won't be big events, or that people won't enjoy them. It's that The New 52, the success of which Marvel is being accused by some of trying to duplicate, is likely a once-every-ten-years kind of event. Crisis on Infinite Earths and Civil War are the only ones I can think of that, in my lifetime, have moved the needle quite so dramatically. And with the face of the marketplace changing, it seems unlikely we'll get another of them before the unquestioned dominance of the direct market is over.

Will The New 52 Be the Last Great Event of the Direct Market Era?