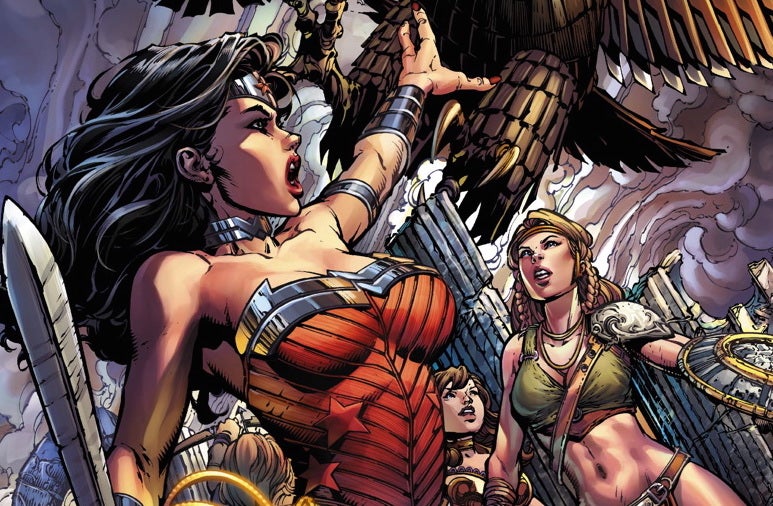 In today’s issue of Wonder Woman, DC Comics introduced one of their most classic characters to the New 52 Universe, ushering back a DC character that readers have begged for since Flashpoint.

Stop now if you don’t want any spoilers.

That character is Donna Troy, who in classic DC continuity is Wonder Woman’s former partner and founding Teen Titans member. But it doesn’t look like this new Troy will be palling around with Diana Prince or the Teen Titans anytime soon. As the final page of "Wonder Woman #37" reveals, this isn't your classic Donna. 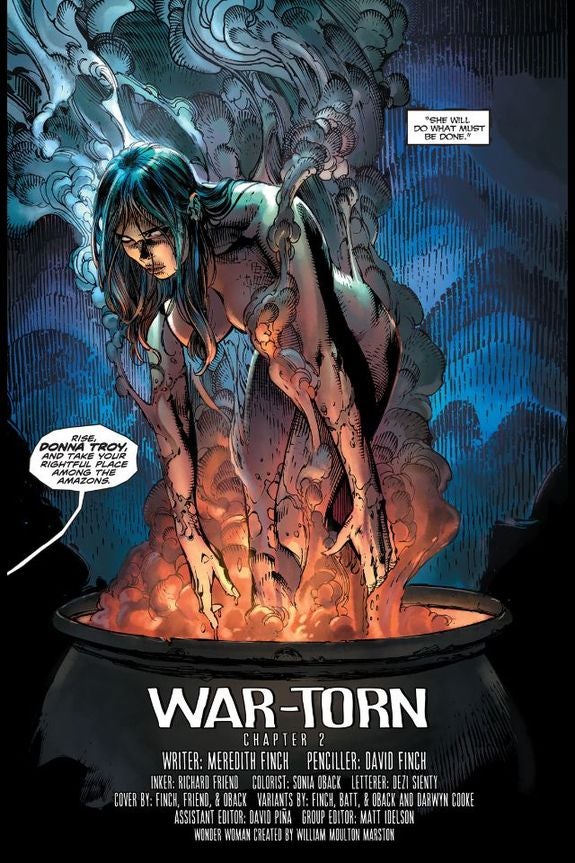 In fact, it seems like Donna might fill an adversarial role for Wonder Woman. As this Donna rises from a cauldron—none too cheerily—she is told by her conjurer to “take her rightful place amongst the Amazons.” February’s Wonder Woman #39 solicitations give an even darker forecast, painting Troy as the Amazon's new leader.

Wonder Woman returns to Paradise Island, and she’s in for a surprise: The Amazons have chosen a new queen to lead them! The identity of this new queen will send shock waves through the entire DC Universe! Guest-starring the Justice League and featuring the introduction of Diana’s craziest new cast member in, well, ever!

Before today, Donna Troy was one of DC’s few high-profile characters who hadn't received a New 52 revamp. But with Troy's official induction, it seems that the publisher is dedicated to working classic characters back into their storylines. DC also brought back Wally West, another New 52 holdout, earlier this year.