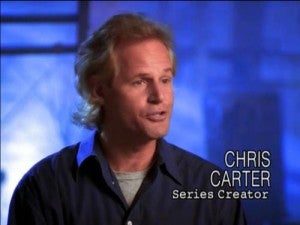 Amazon Studios are reportedly ordering a new wave of pilots to replace the ones that didn't make it through the fan voting last time around. While the last batch of pilots included disappointments like Zombieland, it also yielded some comedy hits like Alpha House and plenty of well-received kids' fare. That said, the drama department needed a little work--and now they've apparently brought in X-Files and Harsh Realm creator Chris Carter to develop The After, referred to as "a drama set at the moment of the Apocalypse." We assume that it's not actually all set in one moment, but that the series takes place during the Apocalypse, rather than after, which tends to be the more popular approach. That might lend itself to more action than survival horror, for instance. Twenty years after Carter launched The X-Files, Carter will write and direct the pilot, in spite of the fact that he has been largely absent from TV, although his longtime staff writer and producer Vince Gilligan went on to create Breaking Bad. Just for fun, check out The X-Files's 20th Anniversary panel from San Diego Comic Con International last month, embedded below.