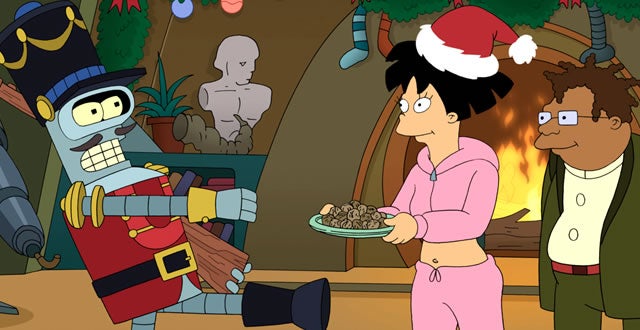 It's Christmas Day, which means news slows to a crawl and everyone's traveling.

And traveling means you need a little road music, right?

So here we go...a few suggestions for a Geek-Friendly Christmas Playlist:

Christmas Is Interesting by Jonathan Coulton

They Might Be Giants perform the Christmas holiday hit, "O Tannenbaum" ("Oh Christmas Tree) in the classic German.

"Vigilante Christmas" is the *Free* 2010 Holiday single from Seattle based geek-rockers KIRBY KRACKLE! The song is emailed to you free upon joining the band's mailing list at www.kirbykracklemusic.com

I Know You Know (Christmas Version) by The Friendly Indians

As originally heard in the Mystery Science Theater 3000 episode for "Santa Claus Conquers the Martians" written by Crow T. Robot and inspired by the 1989 classic film ROAD HOUSE starring Patrick Swayze as Dalton, the legendary "cooler" whose job it is to tame the rough and rowdy crowds at drinking establishments across America.

This year, reddit and Joel Hodgson led a mighty chorus in this majestic, action-packed rendition of "Let's Have A Patrick Swayze Christmas This Year," meant to inspire redditors and all of us this holiday season. In the timeless words of ROAD HOUSE - be nice, until it's time to not be nice.

The Lost Keys were the leaders of the acapella super group for this video. The Lost Keys are a New York City-based a cappella group. Founded in 2011 by alumni of William and Mary DoubleTake and the Bucknell Silhouettes, the group now features fourteen performers with unique backgrounds and interests. The Lost Keys specialize in contemporary (pop) a cappella, expanding off the beaten path to include jazz, folk, and other musical styles.